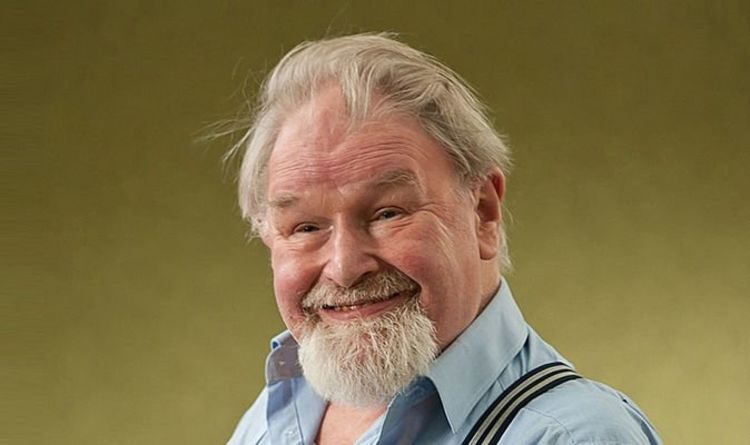 The renowned artist and writer was described as “extraordinary” and “humane” after he passed away in hospital following a short illness. Gray, who leaves a son, Andrew, wrote more than 30 books, including masterpiece Lanark, and he illustrated all his works. He also created several murals in his native Glasgow. A family statement said: “Early this morning, we lost a deeply loved member of our family.

“Alasdair was an extraordinary person – very talented and, even more importantly, very humane.

“He was unique and irreplaceable and we will miss him greatly.

“We would like to thank Alasdair’s many friends for their love and support, especially in recent years, together with the staff of the Queen Elizabeth Hospital, Glasgow, who treated him and us with such care and sensitivity.”

The statement, issued through his publisher Canongate, also revealed that there will be no funeral as it was the widower’s wish his body should be donated to medical science.

Born in Riddrie, Glasgow, he went on to attend the city’s Mackintosh School of Art, where he started writing Lanark.

His murals can be seen all over his beloved home city, including the ceiling of the Auditorium at Òran Mór and The Ubiquitous Chip restaurant, as well as Hillhead underground station and the Scottish National Gallery of Modern Art.

Canongate director Francis Bickmore said last night: “No one single figure has left such a varied legacy – or missed so many deadlines – as Alasdair Gray. At least through Gray’s phenomenal body of work he leaves a legacy that will outlive us all.

“His voice of solidarity and compassion for his fellow citizens and his forward-looking vision is cause for great celebration and remembrance.”

Agent Jenny Brown added: “His genius will live on for readers through his remarkable work. He was a cultural trailblazer. Nobody has done more to spur on, and give confidence to, the next generation of Scottish writers.”

Glasgow University principal Sir Anton Muscatelli said: “Alasdair Gray was one of the true greats of Scottish art and literature. He was writer in residence at the university in the late 70s and was always a strong and close friend. It is with great sadness that we mark his passing, but the many works he produced, from his magnificent novel Lanark to the inspiring murals that adorn the city, ensure that his legacy will live on for many years to come.”