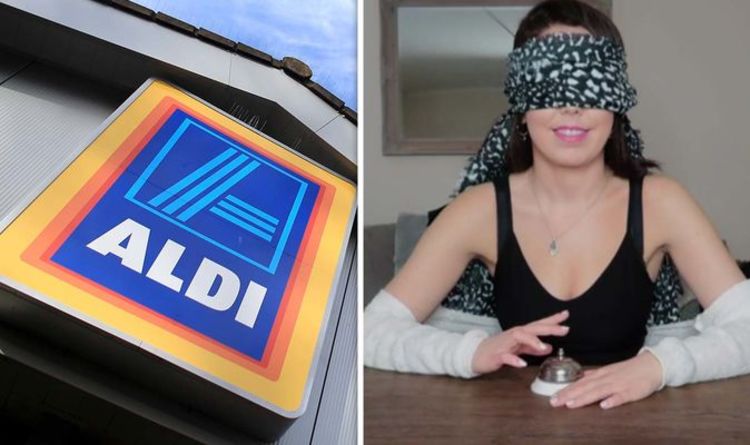 The German discount supermarket, founded by two brothers in 1946, has over 10,000 stores in 20 counties, with an estimated turnover of more than €50billion (£44billion). It launched its first store in the UK on April 5, 1990, with Britons initially struggling to come around to the idea of their favourite brands being replicated and sold at a fraction of the price. But things soon changed after the 2008 financial crisis and there are now 874 outlets across Britain, with plans for 1,200 by 2025.

The narrator said in 2019: “Internet reviewer Sophie Robertson has put some of the products to her own blind taste test.

“Along with her boyfriend, she’s now taking her test on the road.

“Sophie is asking an albeit small public sample to try out three of the household favourites.

“The big question is, which do they prefer?”

The programme saw several members of the public trying the assortment of goods, with a varied response.

Another added: “I definitely prefer that one, I’m surprised.”

“As for the sweet snack, it was a convincing win for Aldi, seven out of nine preferred their version of Jaffa Cakes, compared to McVitie’s original.”

Later on in the show, Ms Robertson tested one of Lidl’s bakery items, to see if there was any difference between the two.

The narrator added: “In 2011, Lidl also introduced in-store bakeries, placing them at the front of shops in the hope of enticing customers in.

“But how does a discount croissant stack up against a more expensive rival?”

Several members of the public said they could easily tell the difference in quality between the two.

But, Ms Robertson had a surprise when she told them which one it was.