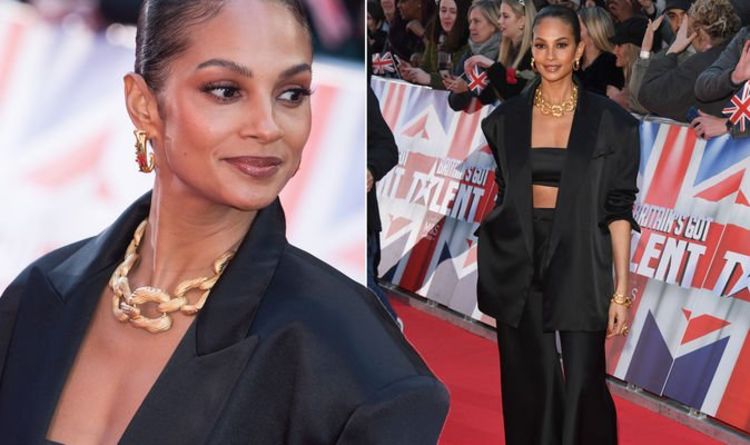 Alesha is well placed to present a show about finding the next best dancing act, she has a chart-topping music career under her belt and won legions of fans as a judge on ITV’s Britain’s Got Talent.

The singer may exude charisma and self-confidence, but the star has battled self-esteem issues over the years.

The singer revealed she has struggled with a psychological condition called imposter syndrome.

Speaking to the Mirror.co.uk, The Greatest Dancer host said: “I’ve definitely been crippled by fear. At school I was a contradiction. Outwardly, I was a confident, brave individual who went for it and was unafraid.

“But inside, I always had a niggle in my brain, moments of self-doubt which made me question my abilities.”

Caught up in the whirlwind of fame since 2001, Alesha has only recently realised she has been living with the condition.

One in four admitted they haven’t pursued a professional dream because of a lack of confidence.

This statistic would hardly come as a surprise to Ashley, who recounted how the condition held her back throughout her teenage years.

She divulged: “I remember being terrified to even pick up the phone to enquire about a street dance class I liked the sound of – but once I did, within two weeks I had been approached about joining the band.”

The crippling lack of self-confidence did not stop at the end of her teenage years, however.

She recounted a troubling episode brought on by the negative feedback she received when she first announced she would be a judge on Britain’s Got Talent.

Alesha devised her own way of coping with the crippling condition, telling herself that the opportunities wouldn’t keeping coming in if she wasn’t up to the job.

Alesha also focused on the bigger picture to help her confront the condition.

She said: “I could have spent three years on that panel feeling like an imposter, feeling insecure, but you only get one life and I ­realised there was no point wasting it by questioning whether I should be there or not.”

According to the NHS, to boost your self-esteem, you need to identify the negative beliefs you have about yourself, then challenge them.

You may tell yourself you’re “too stupid” to apply for a new job, for example, or that “nobody cares” about you, explains the health site.

“Start to note these negative thoughts and write them down on a piece of paper or in a diary. Ask yourself when you first started to think these thoughts,” advises the health body.

You should then write down positive thoughts about yourself that challenge these negative perceptions.

“Aim to have at least five things on your list and add to it regularly. Then put your list somewhere you can see it. That way, you can keep reminding yourself that you’re OK,” says the NHS.

ByThe cause of back pain and sciatica can vary from person to person. In some cases, the cause of the pain is inflammation even without any disc...
Read more
Health

ByHibiscus tea In a study published in the US National Library of Medicine National Institutes of Health, use of hibiscus in lowering blood pressure in...
Read more
Health