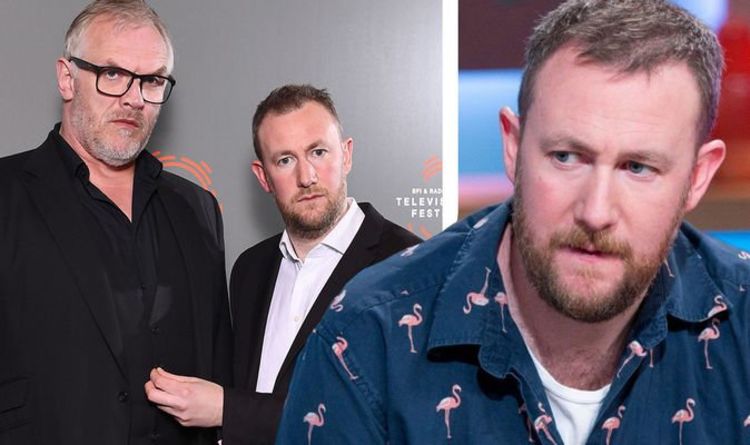 But away from the show the two have begun some sort of companionship, despite their very different lifestyles.

“We lead quite different lives, because I’m in a house in the countryside, doing the school run – and Greg’s in a flat in London and has more of a single lifestyle,” Alex said.

“He’s been to mine and seen the kids and stuff, and I really love going to his flat. It’s nice not to have to talk about children all the time.”

Alex is married to Rachel Horne, who reads the morning news bulletins on Chris Evans‘ Virgin Radio Show, and the pair share three children together.