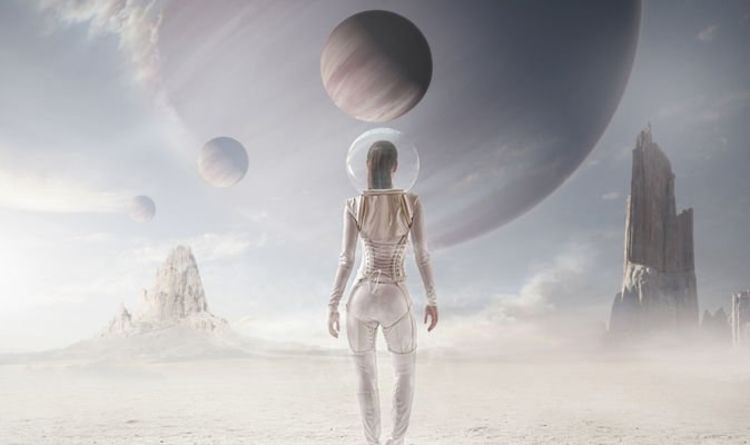 And they believe we are far more likely to encounter intelligent aliens – with civilisations more advanced than our own – than simple bacteria. Astrophysicist Dr Andrew Siemion, director of the Berkeley SETI Research Center in the USA, said the key to their discovery may lie in searching for “technosignatures” – signs of extraterrestrial technology.

These could be anything from a “laser light show” for alien entertainment to artificial structures straight out of science fiction, like the Death Star.

Speaking ahead of his talk at the American Association for the Advancement of Science, Dr Siemion said: “There are two horses in the race to find life beyond Earth.

“Intelligent life has the edge, as it can detect technologies like ours across the entire galaxy, and to galaxies beyond ours.

“Searches for simple forms of life are limited to our solar system and a few nearby stars, and we can never be sure that methane or similar chemicals which we detect are really produced by living things.

“It just comes down to statistics – basic life may be very common, but we are much less likely to find it.”

Dr Siemion leads the Breakthrough Listen project, which uses giant radio telescopes in West Virginia and Australia to scan the skies for signs of alien life.

Although his team has not yet identified any technosignatures, he remains convinced that extraterrestrials are out there.

He said: “In an infinite universe it’s difficult to imagine that something as important and as interesting as life only happened once.”

Some scientists believe our best hope of finding alien life lies with projects like the Mars 2020 rover, which will collect samples and look for signs of microbial life.

But Dr Siemion said any aliens we discover through technosignatures will “undoubtedly” be more advanced than humans.

He said: “We’ve only had electromagnetic technology here on this planet for 100 years, maybe 125 years depending on how you’re counting.

“But our solar system its five billion years old and the universe is 14 billion years old, so surely the first civilisations that we encounter will not be at just the same level of technological advancement that we are.

“They’re likely to have had technology far longer than we have.”

Breakthrough Listen yesterday (FRI) announced the release of almost two petabytes – two million gigabytes – of data on radio emissions from the plane of the Milky Way Galaxy and the region around its central black hole.

It is the second data dump from the four-year-old search and experts are again inviting the public to help search the data for signals from intelligent civilisations.