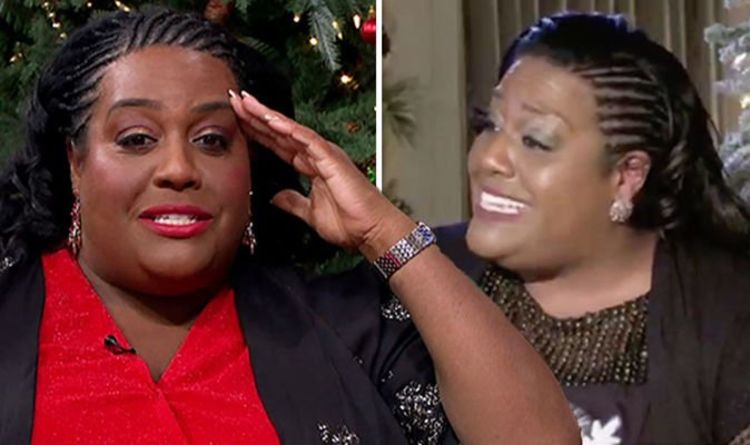 TV doctors Dr Zoe Williams, Dr Sara Kayat and psychologist Emma Kenny were seated at one end of the table, while The Speakmans could be seen at the other.

Alison was not the only presenter that was noticeably absent from the festivities, much-loved hosts Ruth Langsford, Eamonn Holmes, Gino D’Acampo and Dr Ranj Singh were also not in attendance.

Instead, the ITV favourite was with none other than A-lister Mariah as the pair discussed music and Christmas.

ByNicholas Hautman A fairy-tale ending! Miranda Lambert released the music video for her new single, “Settling Down,” on Wednesday, October 21 — and it stars...
Read more
Celebrity

ByAlex Jones, 43, joined Gethin Jones and Matt Baker on The One Show earlier this week to take the time to remember two young...
Read more
Celebrity