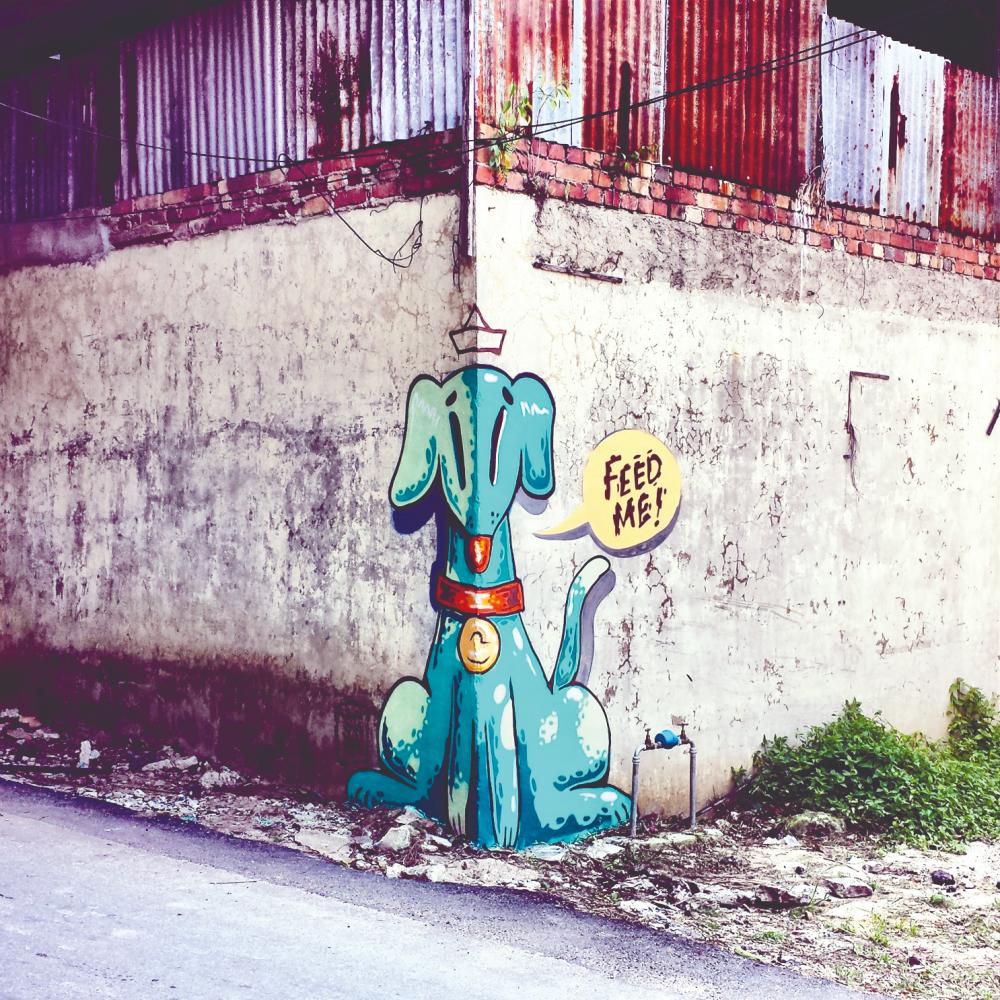 LIKE many of us, Kenji Chai worked a ‘real job’ before he discovered his true passion.

Starting out as a graphic artist, Chai had longed to do his own thing when it came to art.

“I wanted to try something else like graffiti, and a friend taught me how to paint on a wall. That is what ignited my passion.

“When I was a kid I liked drawing in my textbook. There was a freedom to draw anything. I would draw my favourite comic, Teenage Mutant Ninja Turtles, and I would be in the zone with my art, at that moment.”

He said that many once believed that technology would replace art as we know it, but that hasn’t happened yet.

“If you look at artists like Van Gogh, every era has an artist who represents art. Even though Picasso is long gone, the value of his art keeps going up.

“I feel that the more we head towards the digital world, the more we value art that is done by hand, something that can’t be copied by a machine. Even though the machine can recreate art, it can’t take away the value of a human being.”

Chai said that when he started out, graffiti art or street art was inspired by the hip hop world. Although he listened to hip hop, Chai was never really influenced by it.

“I was always influenced by nature, if you look at my archives you can see animals and nature. I wanted to bring nature into this busy chaotic world. As a city grows, animals and nature will all be wiped out. I hope to bring this awareness to people.

“When I paint nature in an office, I want to bring calm, and take [the occupants] into another zone that will help them relax. If the client asks me to paint the city skyline, I would reject the job. This is not my style.”

Chai feels that depicting nature in his work is his personal cause, as he hails from Sandakan and grew up surrounded by nature.

“Every time I draw a tree or a leaf, I feel good.

“I enjoy travelling to places like the mountains, because there is this feeling of calm, and it is peaceful. There is no stress because you are out of the busy city zone. In the city you have to work hard, work smart, and you are always busy.”

He is inspired by the works of international street artists like Aryz from Spain, Nychos from Austria, and Tristan Eaton from the United States, and it made him want to travel the world doing street art. What really blew him away was when these artists did their murals vertically on sides of buildings and walls.

Chai’s work is still popping up around the city, despite the MCO.

The first was a commission for a car manufacturer in which he painted an entire truck with art depicting flora and fauna. The second was a piece he did for the cover of a magazine.

“I did the magazine cover during the MCO, while the truck was done before that.”

He took a few days to plan his work for the truck, as he had to submit his intial sketch to the company before it was given the green light.

“For the painting, and shooting the ad, it took about two days. One day was for painting the truck, the other day was for acting.”

Most of us associate Chai with his unmistakeable dog mascot, which seems to pop up in the oddest places. Chai confirms that it is all him and not the work of some admirer.

The dog, named Chaigo, is inspired by himself and essentially represents how he has to fight to survive, just like a stray dog.

Not too long ago, graffiti art was relegated to the shadows, in abandoned buildings and under bridges.

In most cases, they were painted over soon after.

However, when more street graffiti artists became recognised by the mainstream, such as Chai here in Malaysia, and Banksy and Lady Pink overseas, their work was much sought after.

Chai said there has been an evolution of street art, and graffiti in particular, which now straddles the fine line between legal and illegal.

“My dog murals are both legal and illegal. It is just to spread good vibes to people who use the highways and roads. If they see something colourful, they will be happy.

“Banksy used to plan well before he drew on any wall. It was not as though he simply painted something. It was well planned, he had a message and he wanted to put it out quickly. So he would prepare a lot of things elsewhere, and go to the wall and, bam! He will have something out in one or two minutes. He always has a message to convey.”

Chai has yet to decide which is his best work to date, but added that he gives 200% to every project and acts as though it is his last.

“You have to be the best of the best. In your mind, you shouldn’t think that you want to do this as a hobby, but to do it as your career.”