All-new Chromecast with Google TV gets BBC and Sky Q... 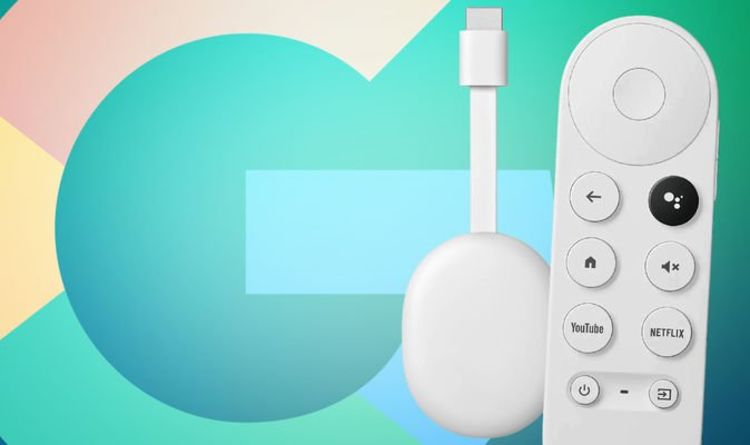 Google unveiled its dramatically redesign Chromecast during its Launch Night In showcase, which was held at the end of last month. While the streaming dongle itself doesn’t look too dissimilar to the previous generation – it’s still a curved Hockey Puck-like gadgets with an HDMI plug and USB port for power after all – this is a very different proposition from previous Chromecasts. That’s because the Chromecast with Google TV ships with a remote control for the first time, which means Chromecast owners no longer have to dig around in their pocket for their smartphone every time they want to pick an episode of a show, skip a recap, or pause a movie.

The Chromecast with Google TV also has a microphone on its remote, so you’ll be able to ask the chatty Google Assistant to help out with any movie trivia you’re struggling to remember, the latest headlines and weather reports, turning on smart lightbulbs around the house, and sending messages to family members in other rooms that you’re about to press play using the ‘Broadcast’ feature included in all Google Nest smart speakers.

The redesign brings the hugely-successful Chromecast range much closer to streaming gadgets we’ve seen from the likes of Amazon Fire TV Stick, Roku, Nvidia and Apple.

Unfortunately, as with almost all streaming set-top box launches over the last few years, Chromecast with Google TV didn’t arrive with absolutely every streaming service you’d want access to. For example, those wanting to stream the award-winning The Morning Show, or re-watch an old iTunes movie purchase won’t be able to – since there’s no Apple TV app. Given that Apple TV is already available on Sony Smart TVs, which are powered by the same Android TV operating system that Google uses for the Chromecast with Google TV, that’s particularly baffling. Likewise, Channel 4 has yet to bring its app to the new Google TV interface.

At launch, BBC iPlayer wasn’t available on the HDMI dongle either, although, that has now changed.

BBC iPlayer is now available to download from the Google Play Store on the Chromecast with Google TV and boasts a very similar interface to the apps available on Sky Q and Apple TV. If you’ve used any of these other versions, you won’t find anything to surprise you here. You’ll be able to immediately jump back into episodes of films you’ve started watching on other gadgets, as well as browse similar shows based on your viewing habits.

Until now, Android and iPhone smartphone owners could download the BBC iPlayer app to their handset and wirelessly beam the show or film they want to watch to the big screen using the built-in Cast button.

It seems as if the BBC has worked closely with Google to create this app, which will be able to surface shows and recommendations from the main homepage – not just when navigating into the app itself. With Google TV, the Californian search company wants to suggest new shows based on your viewing history. This should make using the Chromecast with Google TV feel more personal than previous Chromecast models, which worked as a conduit to getting the shows you’d already found, or already knew you wanted to stream, onto the biggest screen in your home.

Apple and Amazon are pursuing a very similar goal with their Apple TV and Fire TV operating systems, respectively. Both of these use viewing history to suggest similar shows and movies. Searching for favourite directors and new boxsets will also compare the price across the services installed on your set-top box – so you won’t have to pay to rent a film on Amazon that you can stream as part of your monthly subscription to Netflix, for example.

Google is leveraging its huge presence in online search with a new Watch List feature. When you’re searching for a movie or show you’re interested in on your smartphone, tablet or desktop computer – you can hit the small Watch List symbol and, provided that you’re signed-in with the same Google account across your web browser and devices, it will appear on the Chromecast with Google TV homepage whenever it’s ready to watch.

As well as the arrival of a reworked BBC iPlayer app, it seems Sky TV is working to make its popular contract-free NOW TV option available on the new Chromecast with Google TV.

According to 9To5Google, the streaming service appears when searching in the Play Store on Chromecast with Google TV, but doesn’t appear to load correctly. That suggests that Sky has a little more work to do, which will hopefully be completed well before Christmas.

NOW TV offers access to most live Sky TV channels as well as on-demand movies and boxsets. There’s no lengthy contract. Instead, viewers buy a bundle of channels with a limited-time Pass – between 24-hours for some Sport Passes, to a calendar month for Sky Cinema and others – and gain access to the channels for the duration of that time.

With the arrival of NOW TV and BBC iPlayer, Chromecast with Google TV (£59.99) is fast becoming a strong competitor to the likes of Roku, Apple TV and Amazon Fire TV. Express.co.uk will have an in-depth review very soon.