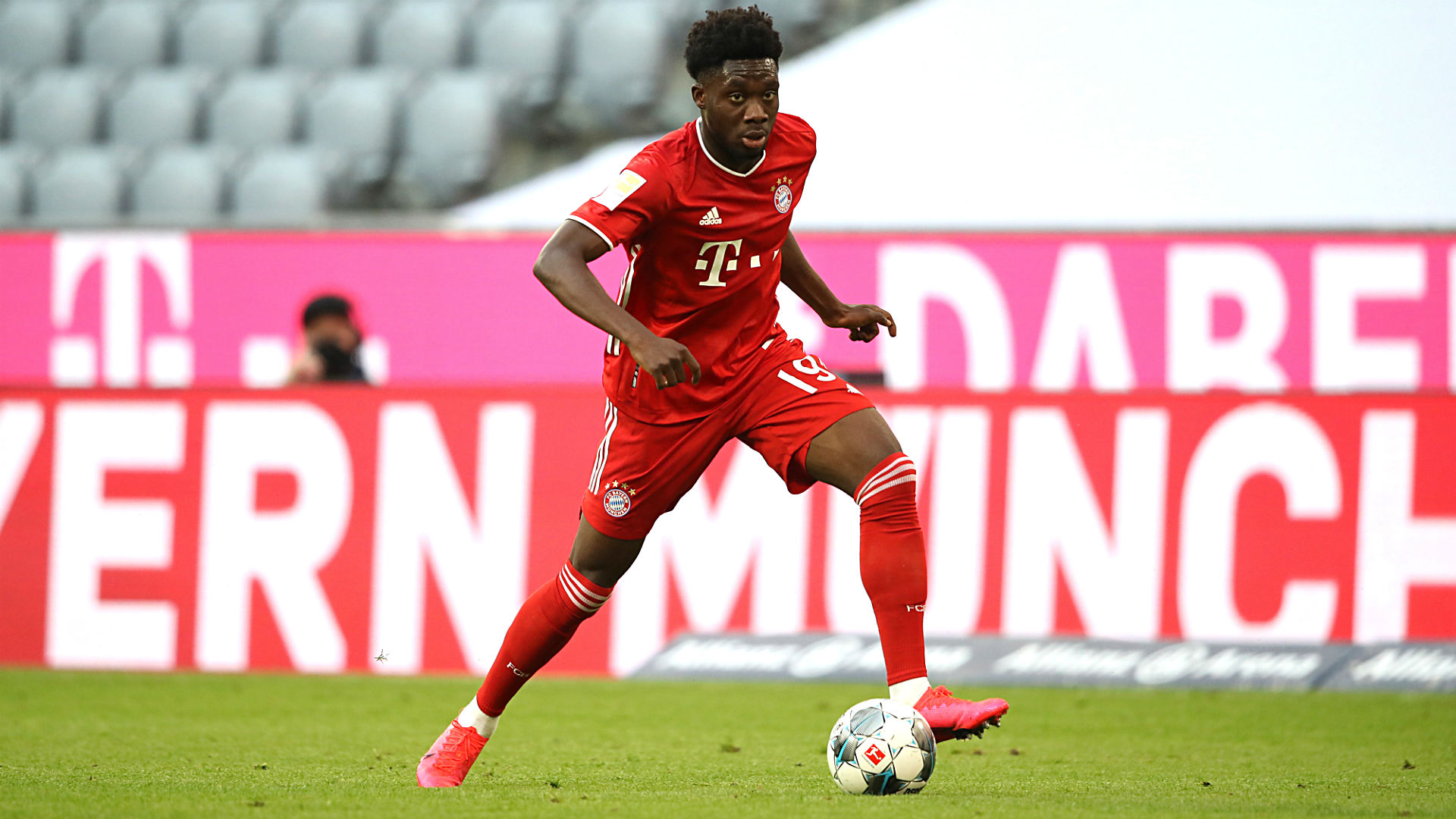 Alphonso Davies wasn’t on the field for the big moment, the moment he’d worked to achieve through 11 1/2 months: five weeks of preseason training with Bayern Munich, seven months of near-weekly competition, two months of hiatus because of the COVID-19 pandemic, another month playing in empty stadiums and then 79 minutes Tuesday afternoon.

When the final whistle blew, and Bayern had completed a 1-0 victory over Werder Bremen that clinched an eighth consecutive Bundesliga title, Davies had been disqualified from the game because he’d twice been shown yellow cards. The second of them was harsh, because he’d not done anything physically egregious and neither had he wrecked a promising play with his foul.

Regardless, he was sent off and Bayern had to preserve its one-goal lead with only 10 men. There were a few moments of danger from Bremen, but nothing that prevented Germany’s solitary soccer power from completing its mission, again.

A 19-year-old who grew up in Edmonton and polished his skill with the Vancouver Whitecaps, Davies did leave the game with a Bundesliga record. During the first half, based on tracking technology, he was timed at a top speed of 36.51 kilometers per hour — or 22.7 miles per hour — while retreating to disrupt a Bremen attack. No one in the Bundesliga has run faster since such data first became available in 2013-14.

“I just do my job,” Davies said following the game. “I don’t know when that happened, but I just do my job defensively, trying to get the ball back. But I’m happy that I can break a record.”

Bayern’s single goal came just before halftime on a second chance off a free kick from the left side. Bremen cleared the ball but it was retrieved by defender Jerome Boateng, who floated it over the entirety of the opposing defense. In the box, Robert Lewandowski brought the ball down with his chest and then volleyed it into the left corner of the net.

“We call him ‘Lewangoalski’ for that reason,” Davies said. “He’s a top striker, top in the world. Him coming here, scoring 31 goals … is unbelievable.”

Davies was able to return to the field quickly after the game ended. He was there to congratulate — and be congratulated by — his teammates and to offer some sportsmanship to the defeated side. He and the other Bayern players pulled on Adidas T-shirts with the number 8 on the front to signify their eight consecutive titles.

Davies put on a baseball cap bearing the same insignia, though he turned it around so one could see he was part of that eighth championship whether he was coming or going.

And Davies was an enormous part of Bayern’s triumph.

Through 32 games, he has appeared in 28 and started 23. He has been the automatic starter at left back since late October, a week or so before Bayern fired manager Niko Kovac and replaced him with assistant Hansi Flick. Flick stuck with Davies, and Davies has risen to stardom as rapidly as any recent player in world soccer.

Davies has scored three goals in the Bundesliga and assisted on four others, but more importantly he has afforded Bayern flexibility with his uncommon speed. He is able to attack aggressively from his position and still recover to disrupt opposing counters.

Because Bayern had won seven titles in a row, one might assume the club could have done it again with an ordinary left back. But even though it was clinched with two games remaining, this championship did not come easily. Borussia Monchengladbach led the standings early and RB Leipzig was on top at the midway point. Bayern held a four-point lead when the league was shut down because of the pandemic, and a 1-0 victory over rival Borussia Dortmund put Munich in position to win with a standard performance down the stretch.

Davies’ rapid ascent to what one soccer site labeled a $ 200 million Canadian valuation ($ 147.5 million U.S.), to being regarded as perhaps the world’s best left back, has been one of the astonishing stories of an unprecedented year in world soccer. And he is not finished, although he will miss the next Bundesliga game because of the red card.

Bayern still has the DFB-Pokal cup final on July 4 and, presuming the Champions League can return, a Round of 16 tie with Chelsea to complete. Bayern already owns a 3-0 lead after one leg.

However all that turns out, Davies’ second full year in European soccer will include a championship, one he celebrated afterward in the locker room with a dance alongside Boateng to Travis Scott’s “Sicko Mode.”

He earned this moment, for sure.