Alzheimers can be predicted BEFORE symptoms show as new test... 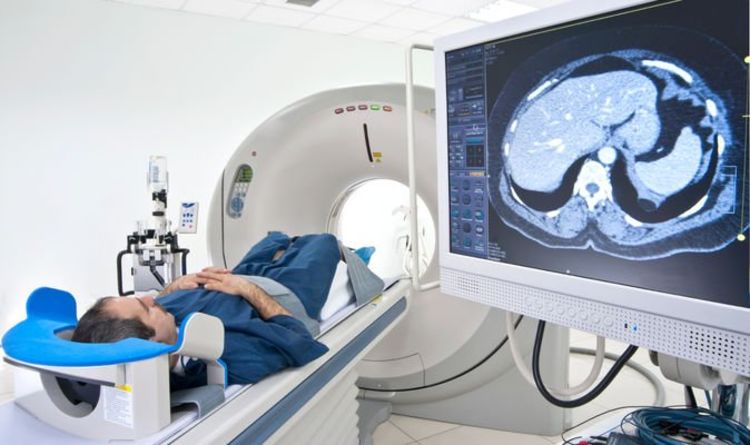 Alzheimer’s disease is the most common type of dementia and currently scientists are unable to diagnose it until serious symptoms occur – and as yet no cure has been found. But a new study carried out by the University of California in San Francisco could change that, as scientists identify “key driver” of Alzheimers. Cutting-edge brain scans enable experts to track a protein found inside brain cells, which has been found to predict how the disease will develop years before patients show serious symptoms.

Scientists have used imaging techniques to track the extent of the protein, called tau, of those with early signs of Alzheimer’s, revealing that levels of the protein predict not only how much brain shrinkage will subsequently occur, but where.

The research suggests the protein drives the death of brain cells and could lead to better drugs and a screening programme for those most at risks.

The study, published on Wednesday in Science Translational Medicine, used PET (positive emission tomography) scans to study the brains of 32 people aged between 49 and 84 who were in the early stages of showing Alzheimer’s symptoms.

PET imaging in this case involved injecting patients with a substance that attached to tau tangles, allowing clusters to show up in subsequent scans.

Scientists took a PET scan at the start of the study, as well as an MRI, which reveals the structure of the brain.

A second MRI was taken 15 months later to track brain atrophy and the results revealed the amounts of tau at the outset predicted how much degeneration would occur – on average 15 months later.

The findings also showed the level and location of tau tangles shown in the PET scan were closely linked to shrinkage of grey matter in the brain, both in terms of the degree of shrinkage and its location.

Gill Rabinovici, a co-author of the study, said: “These predictions were much more powerful than anything we’ve been able to do with other imaging tools, and add evidence that tau is a major driver of the disease.”

But Mr La Joie said the results does not mean amyloid is not harmful.

He said: “It is extremely rare to see significant amounts of tau tangles across the brain in patients with no amyloid: for some reason, amyloid seems almost necessary for tau to build up in the cortex.”

Alzheimer’s Research UK welcomed the results of the study and suggested it tracking tau could be an important tool for future clinical trials.

Dr Laura Phipps said: “The ability to track tau in the brain will be critical for testing treatments designed to prevent the protein causing damage, and the scans used in this study could be an important tool for future clinical trials.”