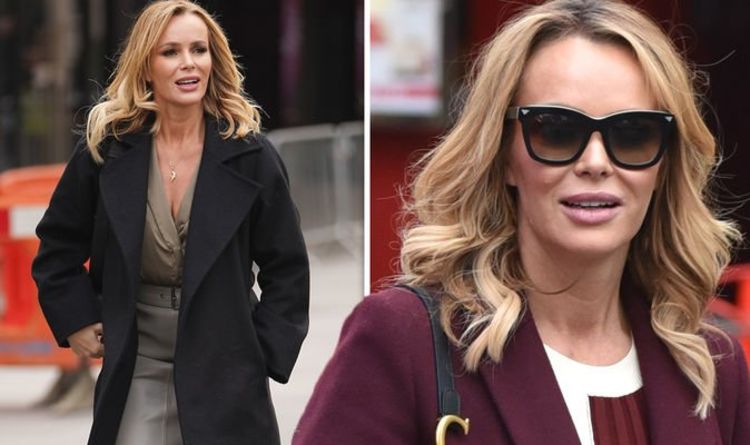 Amanda Holden, 49, took the opportunity to speak out about the reaction to the coronavirus outbreak in a tweet this morning. The Britain’s Got Talent favourite and Heart Radio host issued some advice about the virus in view of her 1.9 million followers and hit out at the “hysteria” surrounding the illness.

She wrote: “The current mortality rate for the Corona virus is 2% which is roughly equivalent to a common flu virus.

“The 24 hr incessant mainstream media has a lot to answer for creating such hysteria.”

The TV and radio personality then instructed her fans to stay hygienic in light of the news.

She added: “Wash your hands regularly and avoid touching your nose eyes and ears,” alongside a heart emoji.

In spite of Amanda’s helpful intentions, some Twitter trolls were less than impressed with her words and slammed her for being “irresponsible”.

One Twitter user commented: “Really shouldn’t be tweeting this without research.”

Another person agreed: “You are not a scientist or a doctor, equating this to the common flu is beyond irresponsible.”

It has been confirmed today that two more patients in England have tested positive for the virus, bringing the total number of cases in the UK to 15.

According to England’s chief medical officer Professor Chris Whitty, the two individuals contracted the virus while away in Italy and Tenerife.

BBC Radio 4 host Nick Robinson recently revealed he is self-isolating after being tested for the virus on return from a holiday trip to Vietnam and Cambodia.

Speaking out about the situation to the Mirror today, Nick recalled a nurse “protected by a plastic face shield” conducted the tests “through the car window”.