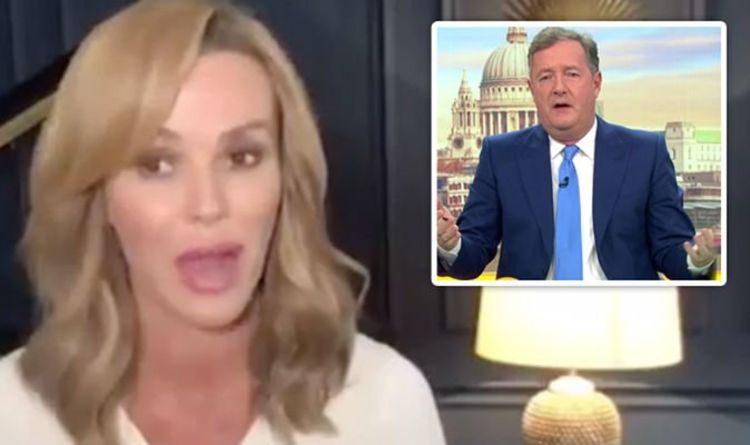 Susanna started the explanation of their guest’s absence, telling viewers: “If you were expecting Amanda Holden, we are going to speak to her later in the week.”

Piers then said: “We need more than a couple of minutes with Amanda so were probably going to get her back tomorrow [Tuesday].”

“We want to go through her entire wardrobe,” his co-star remarked, before referencing the Ofcom complaints the talent show judge has received for the outfits she wore for the finals.

“We’re going to ask her why she didn’t wear a more revealing dress for the final of Britain’s Got Talent, I was personally very disappointed,” the Life Stories presenter chimed.

“I was going to make a complaint to Ofcom Amanda was wearing too many clothes,” he joked.