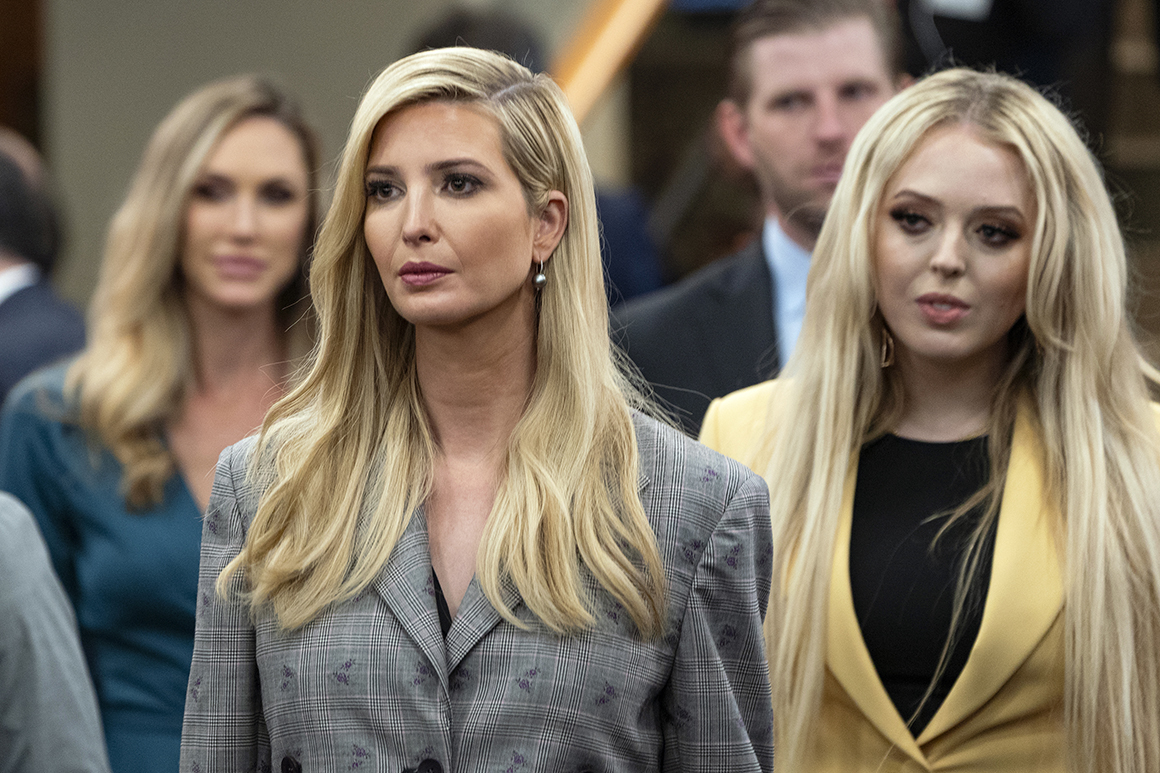 His family, on the other hand, seems to have social distancing down pat — and Trump seems to be noticing.

Ivanka Trump, the president’s daughter and a senior White House adviser, has her own social media campaign championing how the country can be #TogetherApart. Ivanka’s half-sister, Tiffany Trump, joined in with her own impassioned #TogetherApart plea on Instagram: “Social distancing saves lives!” she wrote, prompting a “Thank you my girl for sharing” from her mother, Marla Maples. First Lady Melania Trump, who often goes for weeks without making public statements, has appeared in public service announcements.

On Saturday, Trump showed that he was catching on, retweeting three of Ivanka Trump’s appeals to stay separated, including one altered image of the Beatles’ “Abbey Road” album cover where the cross-walking band members are all dispersed down the road.

The trend is a reflection of the social media savvy of Trump’s younger family members — much of their advocacy has been targeted at a digital audience. It’s also a product of the heightened attention that falls on first families in moments of crisis, as the country looks for guidance from those with proximity to power. And the advocacy could even have a tangible effect as health experts worry that not enough Americans are staying apart as coronavirus cases surge across the country.

Yet it has also revealed a contrast between the patriarch’s back-and-forth signals and most of his relative’s consistency. While the president embraced social-distancing guidelines in mid-March, he has repeatedly teased an early return normalcy and declined to reprimand states that have not fully implemented stay-at-home orders.

“I think there’s a way for the Trumps to show that we’re all in this together, and while I think Ivanka is trying to do that, it hasn’t been successful because of the mixed messages coming from the Oval Office,” said Kate Andersen Brower, who has written three books about the White House, including one focused on first ladies and another on first families.

While working from her multi-million dollar home in a ritzy enclave of Washington, Ivanka launched the #TogetherApart campaign “to consistently encourage social distancing while maintaining a sense of togetherness online,” according to a White House official. “The hashtag can be used to share all types of content — like educational, musical, fitness or family activity ideas — to entertain our children and each other during social distancing.”

The mother of three went to Instagram to post her tips for dealing with the kids at home — “Plan a living room camp out!” — and even her more introspective thoughts on what this weird moment means — “a unique chance for reflection, self-improvement and family connectivity”. She’s even found time to “expand [her] own mind.”

“So I’ve got a Coursera free course going in Greek and Roman mythology so I’m rereading ‘The Odyssey,’ and I’ve started to learn to play the guitar and I’m really working on it,” she told Yahoo Finance.

Ivanka Trump’s suggestions at times have sounded tone deaf to the millions of families struggling to make ends meet while trying to home school their own children. “Let Them Eat Cake,” responded one person on Twitter. But she has remained consistent in her advice.

The signals have not been as consistent from the president himself.

Some governors, like Florida Republican Gov. Ron DeSantis, a close Trump ally, were initially reluctant to issue strict stay-at-home orders, and the president has been hesitant to chastise them. DeSantis at one point said an explicit directive from Trump would carry significant weight. Indeed — DeSantis eventually ordered residents to stay home after a phone call from Trump.

The example demonstrates the important role the president and those around him have in convincing at-times skeptical conservatives that yes, staying home can prevent the deadly spread of the virus.

“Ivanka, along with the rest of the Trump family, has followed the CDC guidelines to keep their family and colleagues safe and will continue to do her part to slow the spread,” a White House official said.

First ladies and first families are scrutinized because of their unique relationship to the presidency. And throughout history, they have been called on to lead by example, said Andersen Brower, who authored an upcoming book on ex-presidents, “Team Of Five: The Presidents Club in the Age of Trump.” 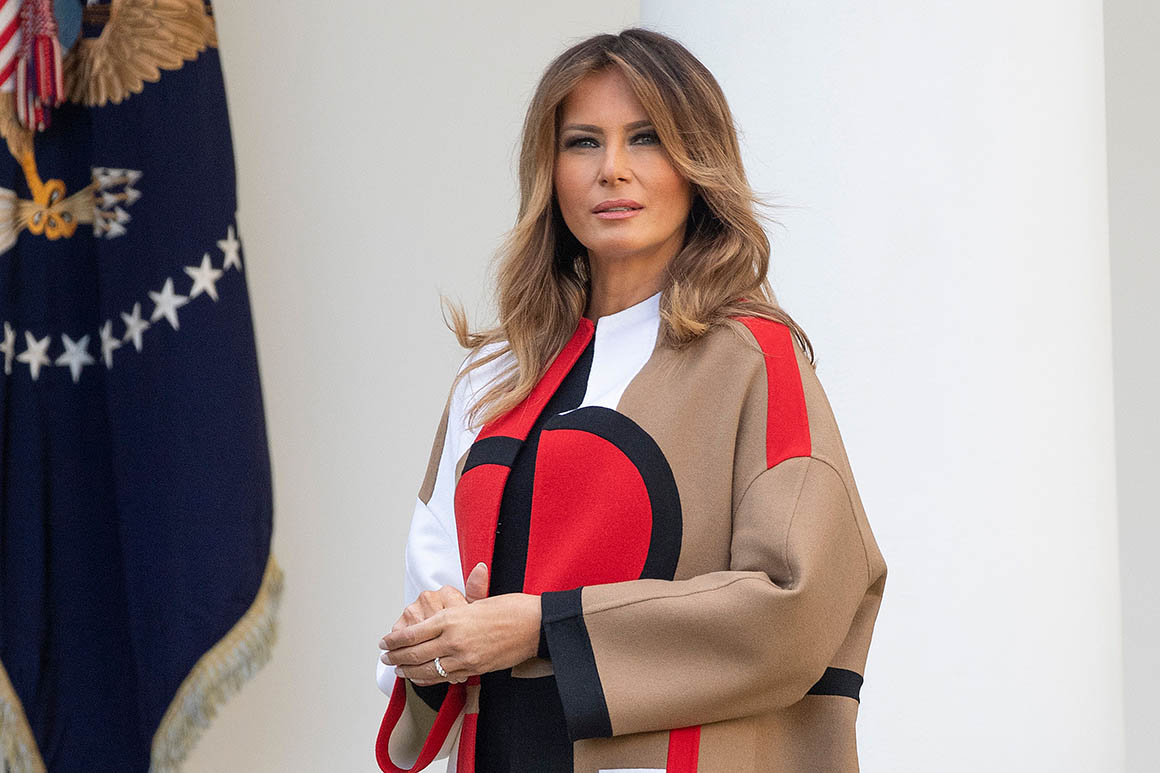 “The scope of this pandemic is different, of course, so it’s difficult to compare it to crises of the past in modern history. We haven’t seen anything like this in our lifetimes,” she added. “I think Ivanka Trump is using her social media platform and her young family to try to humanize her father. But I think it’s fair to say that there’s been a muddled response from the White House.”

Melania Trump has also done her part, participating in a series of public service announcements promoting the issue on Twitter.

Yet like her husband, Melania Trump got off to a slow start. She first tweeted about the issue on March 11, asking the public to follow government guidelines around distancing. Five days later, the president announced a “15 Days to Slow the Spread” social-distancing initiative.

Since then, the first lady has appeared in public service announcements and even did some of her own diplomatic outreach, calling Brigitte Macron, wife of French President Emmanuel Macron, to discuss the virus. In a rare read out of a call between first ladies, the White House said, “Mrs. Trump expressed her condolences for those who have lost their lives to the coronavirus in France. She also reaffirmed that the United States stands with the French people and expressed optimism that we would get through this difficult period together.

The two agreed to stay in touch about the pandemic, according to the White House.

“As the weekend approaches I ask that everyone take social distancing & wearing a mask/face covering seriously,” she tweeted Friday. 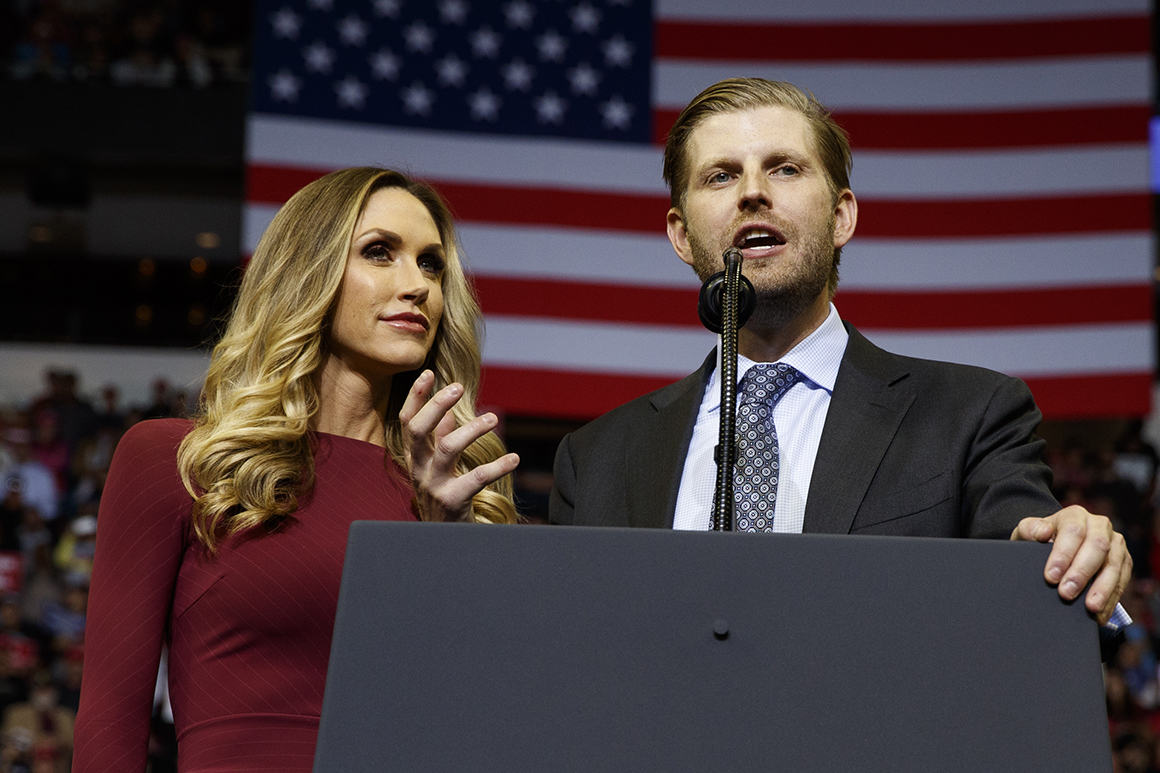 Other Trump family members, including Don Jr., Eric and his wife Lara, have embraced social distancing, too.

Last week Lara, a spokesperson for the Trump campaign, hosted a livestream event from her living room. There were some rocky moments with technical difficulties, as is often the case with video chats, but she shared tips for keeping sane working at home.

“Obviously all of our lives have been impacted by the coronavirus,” Lara said, before launching into praise of the president’s efforts.

Trump, who has said he wants to be a “cheerleader for the country” during the crisis, continues to preach confidence.

“We make a recommendation. And I think they’ve done a good job, and maybe they started a little later, but maybe they’re also more difficult states,” Trump said. “But we’ve done, I think, on average, really phenomenally as a country. I think we’ve done phenomenally."