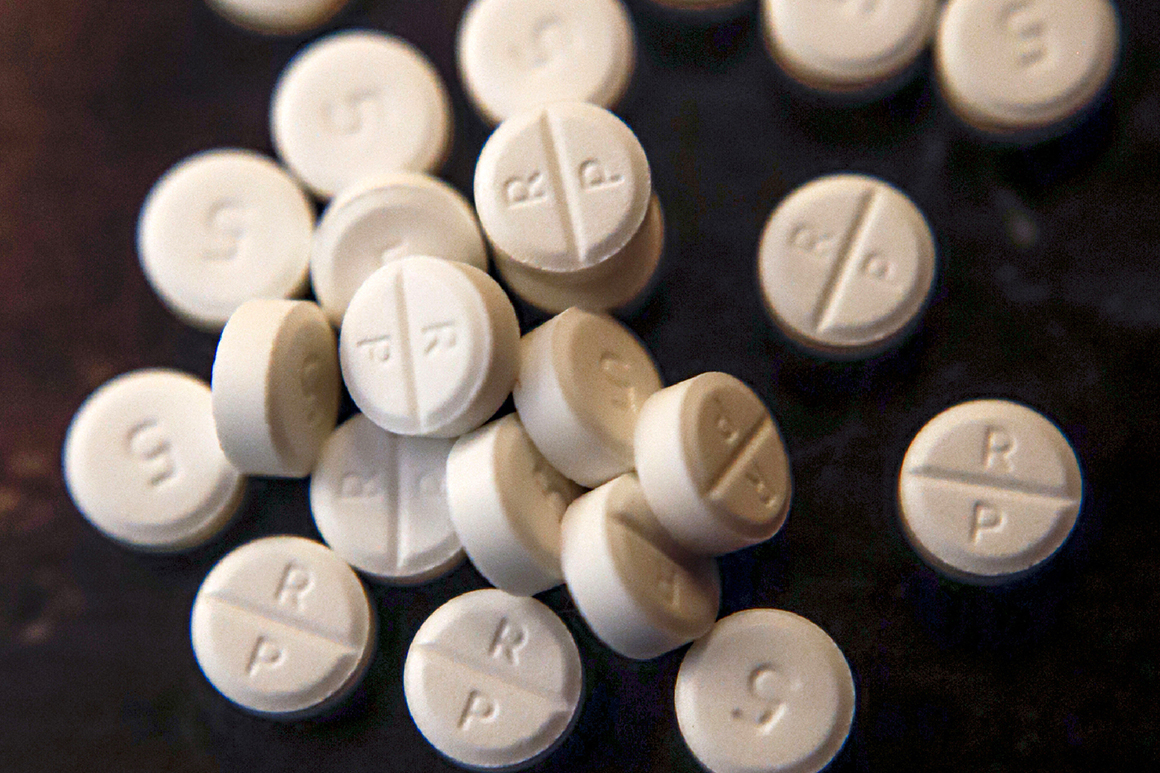 “Each problem unblocks the next,” said the official. “When we get better at managing patients in the ICU … that’s just going to unlock the next wave of medicines we need to be ready for.”

The mounting drug shortages will make the current panic over low stocks of masks and other personal protective equipment “look like the tip of the iceberg,” said Sen. Tina Smith (D-Minn.) who has backed measures to stem persistent drug supply issues linked to lack of transparency about where drugs are made and how much is stockpiled.

While the pandemic is unprecedented, such shortages are not. Health experts say the U.S. government has been slow to strengthen the drug supply chain, despite recent painful reminders of its vulnerabilities.

Production at several major pharmaceutical factories in Puerto Rico was disrupted for months in 2017 after Hurricane Maria tore across the island — leaving hospitals without a reliable supply of saline IV bags and other infused fluids. Less than a year later, manufacturing problems at several other U.S. plants caused nationwide shortages of opioids used in surgeries and end-of-life care.

All that time, the Drug Enforcement Administration was tightening supply limits for a range of opioids. Over five years, it halved production caps for drugs from fentanyl to morphine in response to the worsening opioid crisis nationwide. The agency this week relaxed some of those limits. But it’s not clear how quickly drugmakers can ramp up supplies — and hospitals in hot spots are dealing with shortages by the hour, their pharmacists say.

Bouts of scarcity are endemic to the U.S. drug supply chain, which affords little transparency about where drugs are made and stocks fluctuate due to production costs and small profits. In October, a FDA drug shortage task force created after Hurricane Maria delivered a plan for addressing those risks. But few of its recommendations have been enacted. Two were only authorized weeks ago in the stimulus package signed in late March.

More than 450,000 people in the United States have been infected with the coronavirus so far, and hot spots are emerging in places like Pennsylvania, Colorado and Washington, D.C.

“This is a huge surge of patients all at once. What we need manufacturers to do is to really ramp up supply — but we don’t know if it will be enough in time,” said drug shortage expert Erin Fox, pharmacy director for the University of Utah. “I guess that’s one more reason to try and flatten the curve, to give drug companies more time to make all the medicines we need.”

Federal agencies have scrambled to loosen restrictions and ward off some of the expected crush. The DEA’s move this week lets drugmakers apply to boost production of fentanyl, morphine and hydromorphone by 15 percent, as hospital use soars to unprecedented levels to help intubated patients fighting the virus.

The agency has cut allowed production caps for those and other opioids by 54 percent since 2016, a senior DEA official said. Manufacturers that want to make more of the medications in response to the coronavirus pandemic will still need government permission, even to produce the injectable opioids used mainly by hospitals, not people who misuse drugs.

The DEA is aiming to reply to drugmakers’ requests within a day. Requests are likely to pour in: Besides increased demand from regular customers such as hospitals and cancer centers, manufacturers are fielding orders from the federal government and even some states, the DEA official said.

“We recognize that these are truly unprecedented times,” the official added. “We’re trying to do our part.”

Industry groups said the Food and Drug Administration has also been in touch with manufacturers to speed up supplies by relaxing its rules around switching production lines. The agency also this week approved a generic version of the commonly used asthma inhaler albuterol, which is being prescribed to many coronavirus patients.

The FDA has pushed for years to have more oversight of the drug supply chain, in part by gaining the power to require earlier notice of shortages from drugmakers and details of the companies’ risk plans. The agency finally got its way on those two issues last month, as pieces of a bill by Smith and Maine Republican Susan Collins made their way into the $ 2 trillion stimulus package.

But experts warn that the law’s impact could be slow coming. While certain measures — like requiring manufacturers to notify the FDA early on when they expect a shortage — can be set up fairly quickly, requirements to provide contingency plans to stall shortages could take months, if not years, for the agency and drugmakers to sort out.

“While manufacturers are required to report certain information related to drug supply disruptions to FDA, they are not required to provide detailed information on their supply chain that be helpful for monitoring the drug supply,” an agency spokesperson said. “We rely on the cooperation of the drug companies in order to obtain accurate information as we proactively take steps to mitigate drug shortages.”

Meanwhile, key drugs are growing scarce. New Jersey Gov. Phil Murphy set up a task force to scour for crucial medicines like fentanyl and other sedatives as the number of infections in the state neared 48,000, with more than 1,500 deaths.

Fifteen drugs needed to treat Covid-19 patients were in or close to shortages by the end of March, according to Premier, a group purchaser that supplies medicines to a range of hospital systems. In New York, the hardest-hit U.S. city, prescriptions of sedatives needed to keep patients on ventilators have soared as much as 4,000 percent. Prescriptions of albuterol rose nearly 2,000 percent in the state as doctors switched from dispensing the drug via nebulizers that could spread the infection.

While health care groups have largely applauded the DEA’s decision to ease limits on opioid production and Congress’s recent moves to boost FDA authority, many worry it is too little, too late for the current crisis.

The nonprofit U.S. Pharmacopeia has said the government needs to pour money into boosting manufacturing of critical medicines. Meanwhile the American Society of Health-System Pharmacists, whose members manage supplies at hospitals, has urged the president to dole out drugs in the national stockpile to badly hit areas before the crisis worsens.