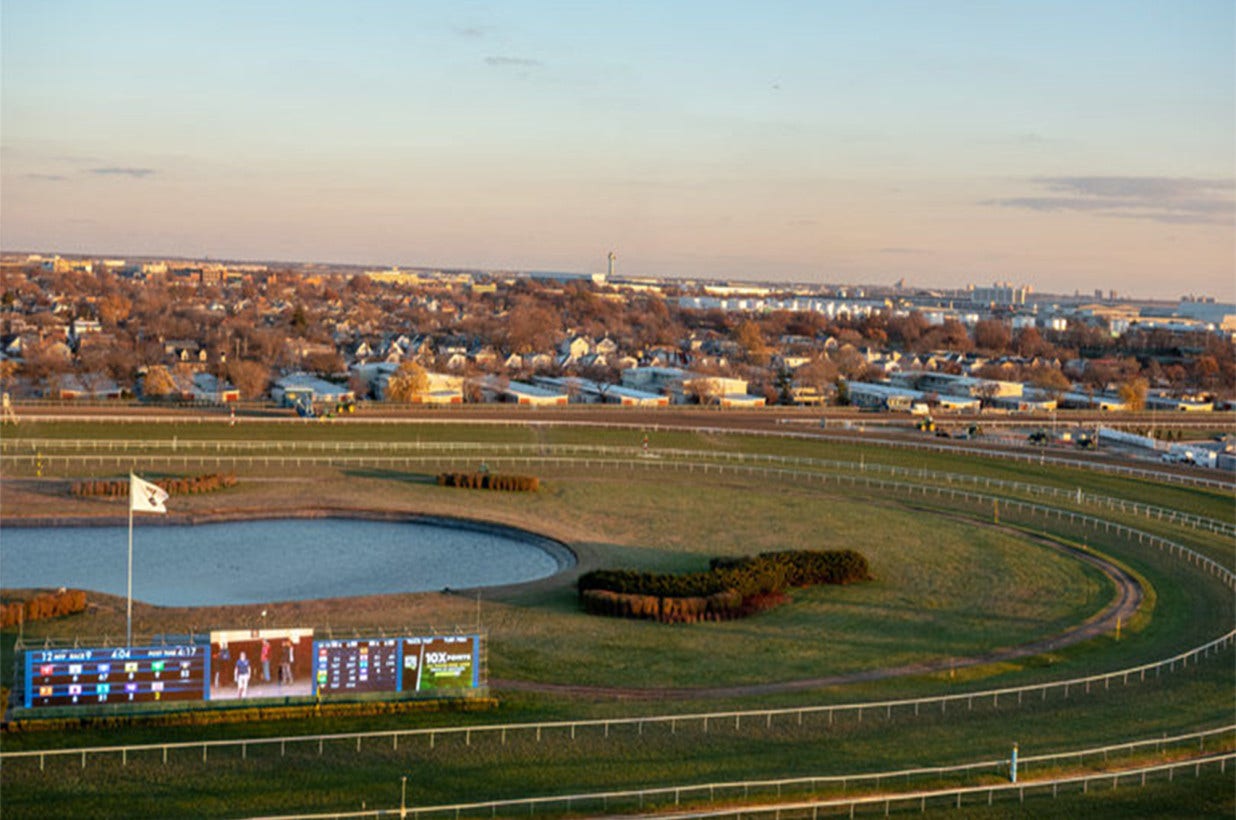 Armed robbers wearing surgical masks made off with over $ 200,000 in cash at a New York racetrack Saturday night, possibly using the coronavirus as a way to break the bank.

The two bandits were being sought by police on Sunday after they successfully robbed three workers at gunpoint as they were transporting the money at the Aqueduct Racetrack in Queens.

The masks reportedly helped them blend in among the increasing number of people in the city using them as protection from the fast-spreading virus, according to the New York Times. Several others were seen wearing masks at the racetrack on Sunday as more than 100 cases of the virus have been confirmed in New York over the past week.

“I think a lot more people are wearing the masks out of fear,” George Donate, who heads to the racetrack every other weekend told the paper.

The employees were in the process of transporting the cash from gaming machines to a safe upstairs when the gunmen forced them into a room and robbed them around 10 p.m. when the racetrack was closing. They took the employee’s cellphones before taking off with the money.

“An Armed robbery took place on Saturday night at Aqueduct Racetrack @TheNYRA,” said Patrick McKenna, the New York Racing Association Communication Director. “The NYPD is leading the investigation into this matter. Fortunately, no one was injured during the incident.”

Police were reviewing the track’s security room on Sunday morning to look at footage of the robbery and interview certain witnesses, according to the New York Post. Radio transmissions said the bandits ran off with $ 250,000.

Investigators believe the heist could have been an inside job and they were looking into why a number of workers had called out sick that night.

“I was working upstairs when it happened. I didn’t see it,” the employee told The Post. “But I heard he stole a lot of money.”

Thieves wearing masks in Hong Kong reportedly stole over 600 rolls of toilet paper from a delivery truck last month over coronavirus fears and lack of supplies.