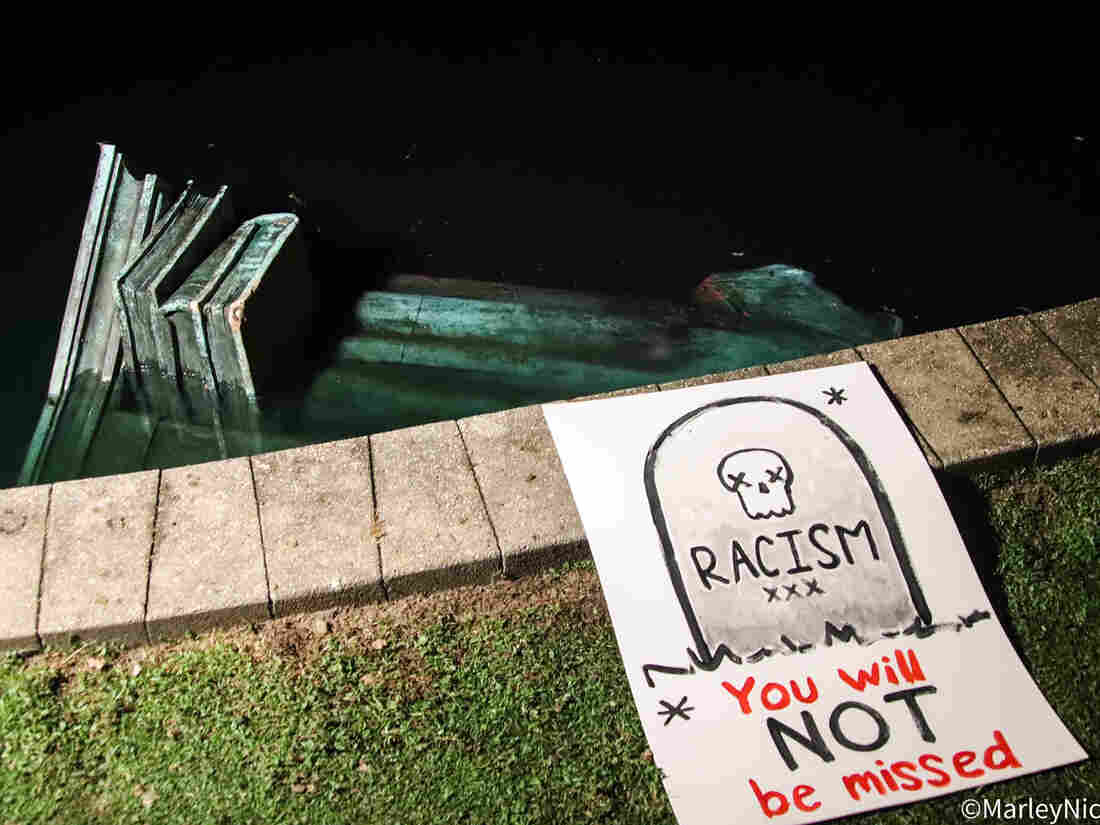 A statue of Christopher Columbus sits in the water after people pulled the memorial down Tuesday night in Richmond, Va. @marleynichelle via AP hide caption 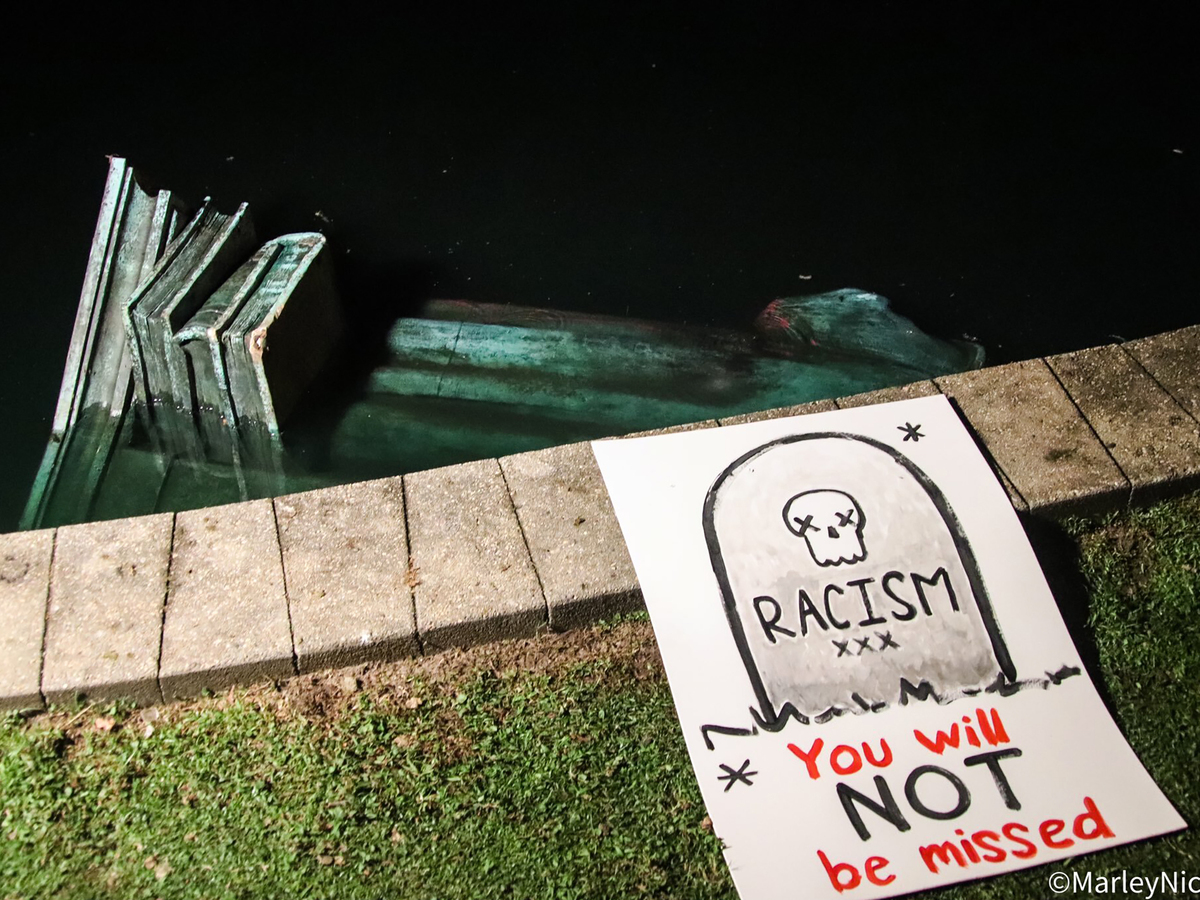 A statue of Christopher Columbus sits in the water after people pulled the memorial down Tuesday night in Richmond, Va.

It is not just the Confederacy that has attracted the wrath of protesters. Even as statues of Confederate soldiers fall across the country, either by official decree or under less formal circumstances, another key figure from American history is being quite literally knocked from his pedestal: Christopher Columbus.

At a park in Richmond, Va., protesters toppled the statue of the Italian explorer Tuesday night, vandalized it with spray paint and dropped it in a lake.

This is far from the first time a statue in the Virginia capital — and capital of the former Confederacy — has inspired outrage and attempts at removal.

Less than a half-hour’s walk from Byrd Park, where the Columbus statue was torn down, controversy has risen around a massive memorial to Confederate Gen. Robert E. Lee. Earlier this week, a court blocked a plan to remove it.

Still, Columbus represents a distinct case from the broader conversation around Confederate statues. Some 370 years before the establishment of the Confederacy, the captain and his crew sighted land in the Caribbean — and set off a violent chain of events that included pillaging, rape and centuries of oppression targeting natives.

The navigator has been venerated in the U.S. not only with statues, but also city names and a federal holiday. But critics have long pushed to reevaluate how he is remembered, and a number of states and cities — including Minneapolis and Seattle — have replaced Columbus Day with Indigenous People’s Day.

In Richmond, the Columbus statue stood at the focal point of a protest Tuesday night, which began with a peaceful march and ended a couple of hours later with its toppling. The people gathered in Byrd Park felled the 8-foot statue using ropes and dragged it about 200 yards to submerge it in nearby Fountain Lake, according to the Richmond Times-Dispatch.

City workers removed the statue from the water Wednesday.

Boston protesters, perhaps, managed to produce the more shocking visual, lopping off the head of a Columbus statue in a park named in his honor. Boston police say they found the head nearby after midnight Wednesday.

Boston member station WBUR notes that this is not the first time this particular statue has been targeted with vandalism. Five years ago, the statue was dashed with red paint and the words “Black Lives Matter!”

Hansi Lo WangA sign promoting participation in the 2020 census is displayed as Selena Rides Horse enters information into a phone for a member...
Read more
World

The Europe Big Three said China’s exercise of its alleged “historic rights” in the disputed waters does not align with international law. Britain, France and...
Read more
World

staronline@reachplc.com (Kate Nelson) Australian rescuers have been forced to start killing some whales which remain beached after a huge mass stranding which has left 380...
Read more
World