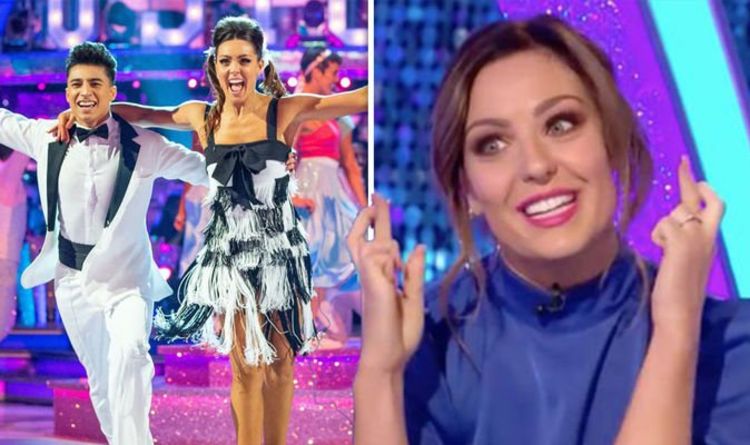 Strictly Come Dancing will return later this year for its latest series as a brand-new set of celebrities will be paired up with one of the show’s many professional dancers. Amy Dowden – who has been a professional on the show since 2017 – has confirmed she will be back for another year after being a runner-up on last year’s series. Now, in an exclusive interview with Express.co.uk, she revealed one moment where a routine with Karim on last year’s show very nearly went wrong.

The pair won after a very close final, where they were joined by EastEnders star Emma Barton and CBBC presenter, Karim Zeroual.

Karim was partnered with Amy on the show, where the couple had huge success throughout, gaining the highest average scores from the judges.

They also claimed the first perfect score of the series after dancing a Hairspray inspired Jive, which was met with huge praise from all four judges.

Amy was quick to reassure her partner and confessed what advice she gave Karim before they took to the dance floor.

She added: “I just said to him, ‘Give me, you know, a really strong hold. You’ll be fine, I can get you through this.’

“And then the music came on, I could just tell that in his eyes. He knew it like all of us, it just, it just clicked and yeah he nailed it. But for those five minutes before we went to go on my heart was pounding in and so was his!”