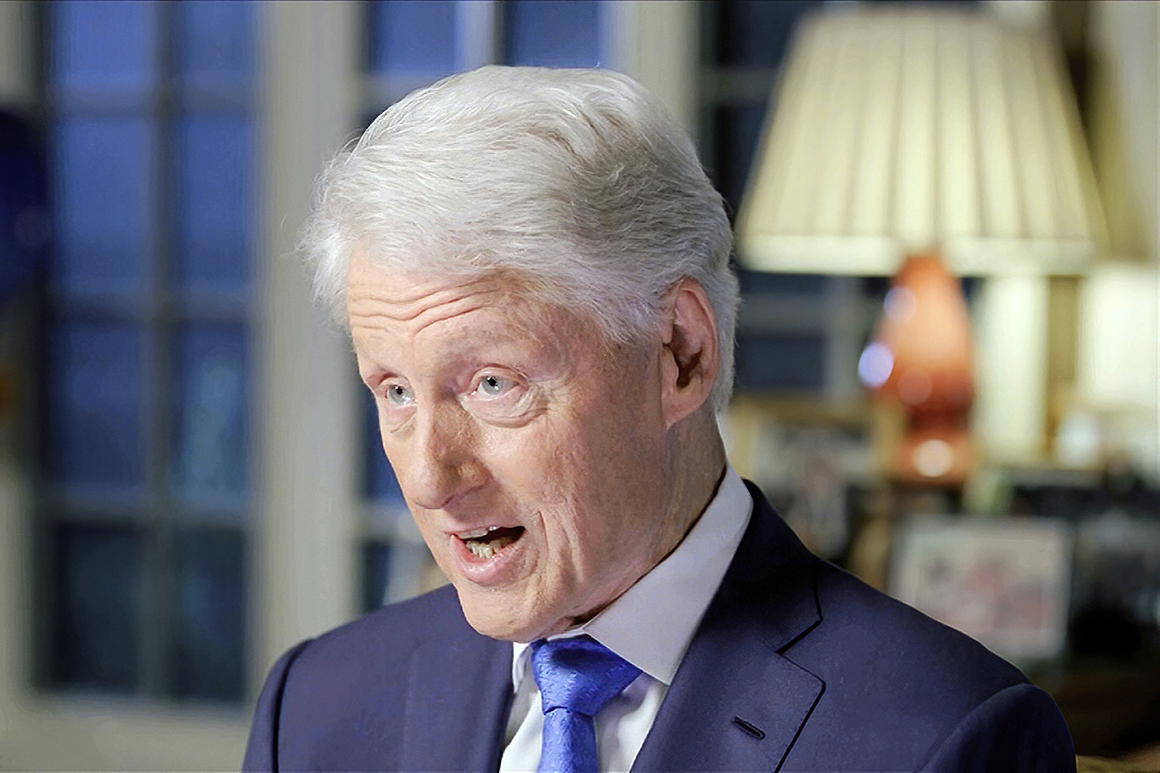 But it lacked an essential Clinton signature: Lots and lots of words, weaving here and there, in support of an argument that sometimes doesn’t even sound like an argument until he ties it all together at the end. As president, his state of the union addresses sometimes reached nearly 90 minutes. And eight years ago he spoke to the Democratic National Convention nominating Barack Obama to a second term in a well-received address that lasted 48 minutes.

That appearance won him the label of “explainer in chief.” At this convention he was more like the “cameo in chief,” with remarks that lasted about five minutes and were before the major non-cable networks began their coverage at 10 p.m. There were no indications that convention planners wanted him for more than that, and there were some Democratic activists critical of his politics and personal transgressions who wanted even less, as in not at all.

His remarks did reflect a longtime Clinton belief—that a light touch, delivered in conversational tones, can land with more force against an opponent than florid indignation.

“If you want a president who defines the job as spending hours a day watching TV and zapping people on social media, he’s your man,” Clinton said of Trump.

It might be Joe Biden’s convention, but Michelle and Barack are the stars. We break down why Michelle’s speech wowed viewers on Monday — and what to expect from Biden’s former boss tonight.

“Donald Trump says we’re leading the world. Well, we are the only major industrial economy to have its unemployment rate triple,” Clinton said, making his case that Trump has botched the national response to the pandemic by not realizing that a virus is impervious to his usual tactics of improvisation, insult, and blustery proclamation.

“In this job interview, the difference is stark,” Clinton said. “You know what Donald Trump will do with four more years: blame, bully, and belittle. And you know what Joe Biden will do: build back better.”

It was crisp and engaging but in no way was it vintage Clinton. That demands loquacity. In politics, his view is that words are like food at the buffet line: People like to fill up their plates. One of his favorite lines on a crowded stage at political events is “Everything that needs to be said has been said, but not everybody has said it yet.”

A recent CBS News poll of Democrats found that 56 percent wanted to hear from Clinton at the virtual convention, while 44 percent did not. That is not a robust majority for a president who left office, after surviving an impeachment two years earlier, with job approval ratings in the seventies and overwhelming support from Democrats.

But Clinton’s relationship with his party has had many vicissitudes. In 1988, his nominating speech of Michael Dukakis was intended to be a stellar opportunity for a young politician on the rise. But too much ambient noise in the Atlanta conventional hall combined with a somewhat flabby text led to a disaster that drew mockery.

Now Clinton, speaking one day before his 74th birthday, is an elder leader even if the harshest voices among progressives, especially younger ones, do not uniformly regard him as an elder statesman. Years ago, just as he was turning 50, Clinton sometimes struck a melancholy note about age, telling audiences how, “I’ve got more yesterdays than tomorrows.”

But here he is, nearly a quarter-century later, still at the game, 40 years after his first speaking role at a Democratic convention in New York City in 1980. In the old days, people would look at Clinton, then known for his prodigious appetites, and comment on whether his ample frame might require a visit to the tailor. These days, he draws comment on whether he has gone beyond slender to frail.

But he seemed plenty sturdy, as he took aim at a president two months older than him on behalf of a Democratic challenger who is almost four years older.

“At a time like this,” Clinton said, “the Oval Office should be a command center. Instead, it’s a storm center. There’s only chaos. Just one thing never changes—his determination to deny responsibility and shift the blame. The buck never stops there.”