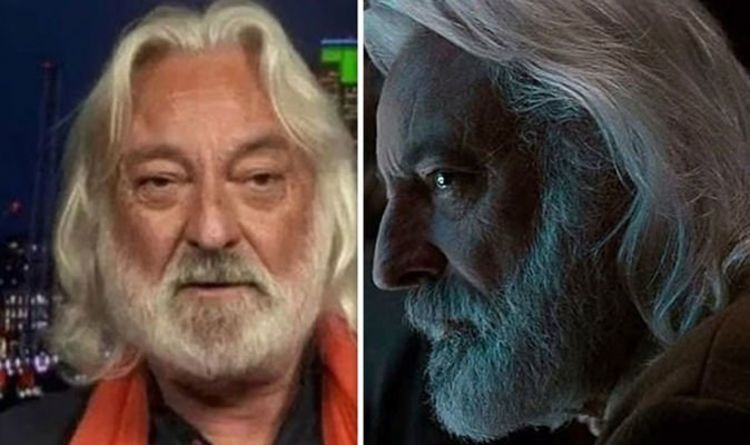 Star Wars actor Andrew Jack has died from coronavirus at the age of 76, his agent has confirmed. The actor and dialect coach, who played Major Caluan Ematt in the Star Wars series, died in a hospital in Chertsey, Surrey, following complications from COVID-19.

Andrew’s representative, Jill McCullough, told TMZ that he died on Tuesday morning at a hospital outside of London.

He was sadly not with his wife Gabrielle Rogers as she is currently in quarantine in Australia and was unable to speak to him before he passed away.

“Andrew lived on one the oldest working houseboats on the Thames, he was fiercely independent but madly in love with his wife; also a dialect coach; Gabrielle Rogers.”

“She was unable to see or talk to him at the end of his life and there is a chance a funeral may not be held.”

The statement continued: “Andrew was full of life – he was tall and striking with flowing white hair, you wouldn’t miss him if he walked into a room.

“He was still working full pelt, currently coaching on the new Batman.”

Speaking about his career, they wrote: “He had been a dialect coach for many years and was one of those people who promoted mentoring and supporting younger coaches and he was a pioneer in our industry – in that he demonstrated to producers that we were a necessary department and that the job was important.

“He loved his work and was funny, charming and a joy to be around. He was a friend first and a client second and I will miss doing silly voices and pissing around with him on set.

“Dialect coaching isn’t just about being good at accents – you need to make actors feel safe and confident – and Andrew’s actors adored him.”

Andrew starred in The Force Awakens and The Last Jedi.

He also worked as a dialect coach, including on other Star Wars films Rogue One in 2016 and the 2018 film Solo.

Over the course of his career, he worked with Robert Downey Jr in 1992’s Chaplin and Pierce Brosnan on GoldenEye in 1995.

He also created the Middle-earth accents for the Lord of the Rings films.

Andrew was working on The Batman starring Robert Pattinson until production shut down on March 14.

Production was put on hold until it was safe to resume amid the coronavirus outbreak.

Facebook
Twitter
Pinterest
WhatsApp
Linkedin
ReddIt
Email
Tumblr
VK
Previous articleNBA 2K Tournament: New NBA Players Tournament announced for 2K20 eSports
Next articleHow you can use lockdown to prepare for your next big adventure – will you try these tips?

Bybshilliday Actress Gabourey Sidibe is getting married! The ‘Empire’ star told fans about her betrothal to Brandon Frankel and showed off her beautiful diamond engagement...
Read more
Celebrity