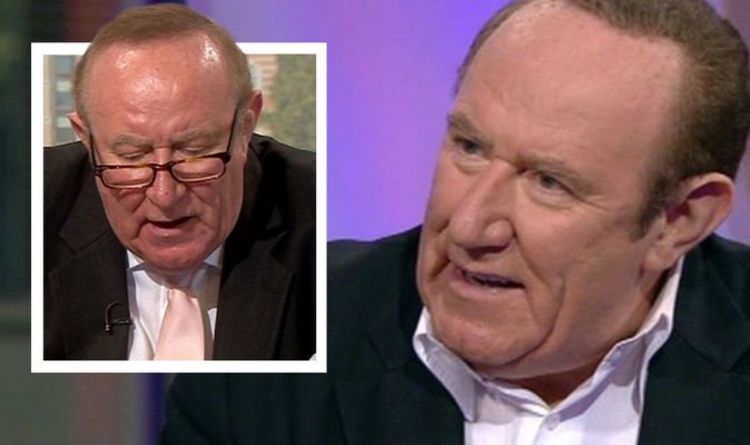 Andrew Neil, 71, has long been one of the faces of politics at the BBC since the 90s and has quite the reputation of interrogating politicians. He continues to front major shows such as Politics Live, but due to the uncontrollable circumstances surrounding the coronavirus pandemic, it seems his return to the show isn’t looking promising.

In an exclusive interview with Radio Times, the media mogul addressed the rumours that he will no longer present the political program, claiming there’s “no clarity” at the moment due to the uncertainty of circumstances, a situation that has affected many people across the nation.

The late-night show has only just returned to our screens on Wednesdays, after BBC halted filming back in March when most productions were shut down.

But since its come back last month, it isn’t Andrew’s familiar face in the hot seat.

Instead, his co-star Jo Coburn fronts the show, while he is nowhere to be seen.

During the interview, Andrew acknowledged that he might have become “surplus to requirements at the BBC”, as companies across the board have been “making cut-backs”.

Sources from the broadcaster revealed that the future of Politics Live “hangs in the balance” due to “budget cuts”.

He told the publication: “I would like to be doing more shows, of course I would.

The Andrew Neil Show last aired on March 11 and whether it’s set to return or not is unknown.

Where he used his platform to quiz key politicians on the most serious matters affecting the UK, Andrew admits it’s all in the BBC’s hands now.

But the politics buff recognised that coronavirus and the havoc it has wreaked not just on the UK, but globally, will continue to present a trying time for politicians everywhere.

“Politics has never been more interesting or important and even as lockdown ends, Covid and the aftermath will remain extremely stressful for the country,” he said.