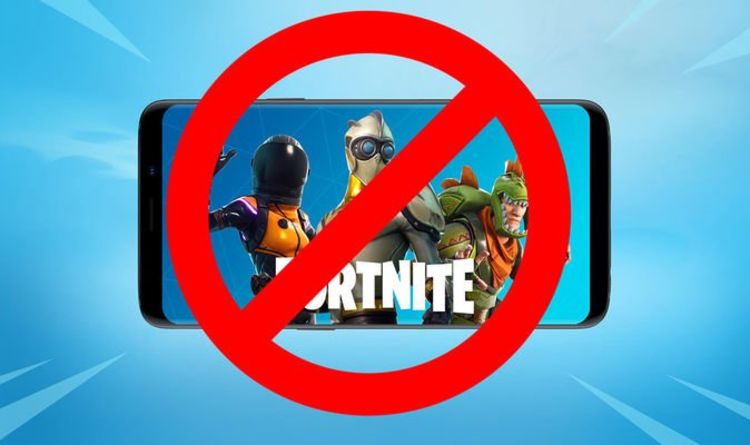 Fortnite developer Epic Games has entered into a battle with Google and Apple.

It was Epic’s attempts to bypass Apple and Google’s 30% sales tax from everything purchased through the respective app stores.

“Currently, when using Apple and Google payment options, Apple and Google collect a 30% fee, and the up to 20% price drop does not apply,” Epic explains. “If Apple or Google lower their fees on payments in the future, Epic will pass along the savings to you.”

Google has since removed Fortnite from the Google Play Store for Android phones.

Fortunately, however, things aren’t quite as extreme if you play Fortnite on an Android device instead of an iPhone.

Despite Fortnite being removed from the Google Play Store, fans can still legally download the game on Android smartphones.

This is because unlike Apple’s iOS operating system, Android allows for third-party app stores and launchers.

“For game developers who choose to use the Play Store, we have consistent policies that are fair to developers and keep the store safe for users.

“While Fortnite remains available on Android, we can no longer make it available on Play because it violates our policies. However, we welcome the opportunity to continue our discussions with Epic and bring Fortnite back to Google Play.”

This means that you can still download Fortnite from the Epic launcher in Android, even if you delete the game.

Likewise, you can still access the in-game item shop, download updates and play with friends on Android.

If you own a Samsung Galaxy phone, you can also download Fortnite from the Galaxy Store, giving you even more options.

Now, as with any ongoing situations, things can change very quickly, so I would advise against deleting the Fortnite app on Android, just in case policies change.

However, at the time of writing, Android owners have far more options than iPhone users when it comes to downloading and playing the most up-to-date version of Fortnite on mobile.