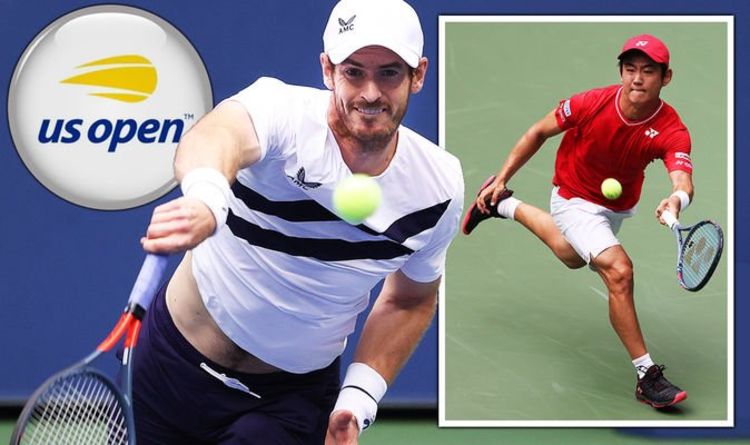 So poor was Murray, when he lost a game point at 0-4 down in the second set when passed by the skilful Japanese star, Amazon Prime commentator Mark Petchey said: “It was a good pass but to be honest that is as closest thing I have seen in a long time from Andy for tanking the point. That was half a step away from him and he didn’t even flail his racquet at it.”

The Japanese had points to go 5-0 up before Murray achieved his first break of the match. But Nishioka made no mistake at 5-4 as he set up two set points with a 93mph forehand winner – and took the second when Murray’s string broke as he sent a forehand return long.

The Scot was broken for a fourth time in the first game of the third set when he sent down another double fault. The end appeared night.

But he broke Nishioka for a second time to draw the scores level at 3-3 and then took the tiebreak 7-5 after unleashing a series of forehand winners.