Antarctic shock: Scientists near breakthrough with study of 2,000,000-year-old ice 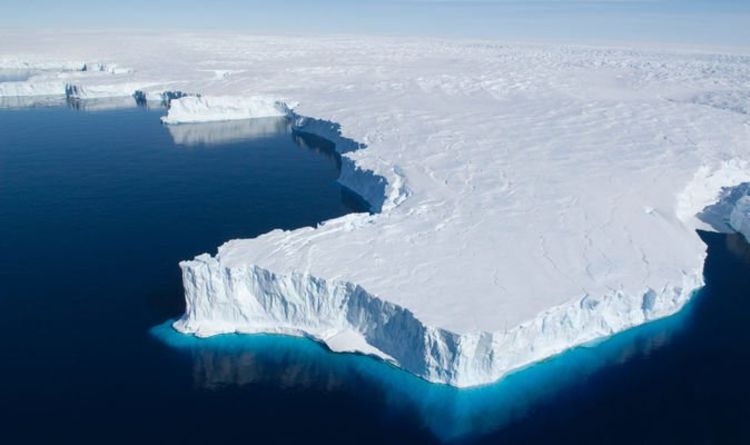 Experts are analysing the bubbles trapped inside an ancient block of ice which was taken from 200 metres beneath the surface. These bubbles contain carbon dioxide (CO2) and will help to reveal Earth’s history and relationship with greenhouse gasses. Previously, scientists have only been able to analyse CO2 trapped in ice blocks dating back 800,000 years, so the new analysis provides an unprecedented insight into our planet’s history.

The researchers have been able to deduce that over the past one million years, Earth has been following Ice Ages followed by warm spells in a cycle every 100,000 years.

However, before this the cycles were shorter, coming about every 40,000 years, according to the research published in the journal Nature.

The team discovered that the Earth’s warmer periods coincided when there was more CO2 in the atmosphere, information which was provided by the ice blocks.

Scientists Ed Brook of Oregon State University said: “One of the important results of this study is to show that carbon dioxide is linked to temperature in this earlier time period.

The ice was taken from Allen Hills – a patch in Antarctica which is 130 miles from the US Antarctic research station known as McMurdo Station.

The team believe there could be ice beneath the surface which could be even older than two million years.

Mr Brook said: “We don’t know the age limit in this area.

READ MORE: How ‘largest animal ever recorded’ was captured in Antarctica

Andrew Shepherd, a professor of earth observation at the University of Leeds and lead author of an earlier study published in the journal Nature, said: “Around Brooklyn you get flooding once a year or so, but if you raise sea level by 15 centimetres then that’s going to happen 20 times a year.”

According to Google’s interactive map, FireTree, a two metre rise could ruin the Netherlands, with most of the country submerged.

In the UK, the north of Scotland would suffer a similar fate and large swathes of the east of England would become uninhabitable.