by Newslanes 1 year ago9 months ago
127views 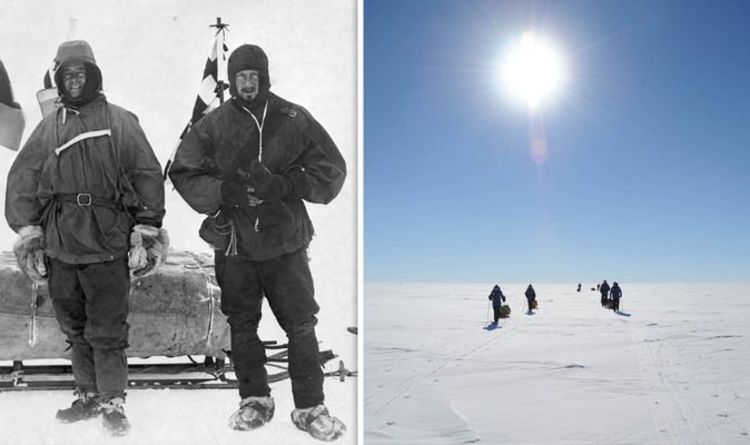 The Discovery Expedition was the first official British operation to the Antarctic regions since the voyage of James Clark Ross 60 years earlier. Organised on a large scale under a joint committee of the Royal Society and the Royal Geographical Society, the new expedition carried out scientific research of an untouched continent in 1901. Led by Robert Falcon Scott, the mission also launched the careers of Ernest Shackleton, Edward Wilson, Frank Wild, Tom Crean and William Lashly, who all went on to become experienced explorers.

However, a series of letters between Captain Scott and Stanford’s travel book store, reveals the Royal Navy Officer’s fury at being put in the same bracket as his colleagues.

The document, dated 1907, reads:  “I have just received your map of the Antarctic Regions (London Atlas Series) and I observe that the farthest point South is marked ‘Scott and Shackleton,’ an inscription which is not in accordance with any authoritative map published by the Geographical Society but is naturally one of the most interesting in the map.

“According to all precedent, this coupling of Mr Shackleton’s name with mine implies dual leadership, and is therefore not in accordance with fact.

“Mr Shackleton’s name cannot have been added by you with a wish to note this whole party which reached the farthest point, since the name of Wilson is omitted.

“In view of these remarks, I wish to ask your authority for the inscription and your purpose in making it.”

Edward Stanford, the original owner of the store explains to Captain Scot how the map was created before the full details of the exploration were released.

The reply reads: “I have your letter of 16th, and I am exceedingly sorry that you find to take exception that at the furthest point South your name is coupled with Shackleton’s.

“That wording was inserted in the year 1903 before anything authoritative was issued, and your book was not issued until two years later.

“My ‘authority’ for the inscription was the then known facts as reported in the press and elsewhere, and I had no special ‘purpose’ in making it.

READ MORE: How NASA was stunned by ‘unexpected creature’ 600 feet below Antarctica

“May I say that personally I had no knowledge of the wording on the map, although I am, of course, responsible for it?”

On realising his mistake, Scott was forced to issue an apology to the travel book story.

It reads: “I must thank you for your courteous reply to my hasty letter and apologise unreservedly for suggesting that there might be a purpose in the inscription to which I took exception.

“I clearly see from your letter how this mistake arose, and hasten to express my regret for my last letter.

“I tried to be impartial in giving credit to my companions who one and all laboured honestly and well as I have endeavoured to record – I grow hot at this idea of one being advertised at the expense of his fellows – I trust you will consider this my excuse for my first letter.

“I understand now of course that you had no personal knowledge of the wording and I must express regret that I failed to realise your identity when I first wrote.”

The letters were discovered after the company moved from Long Acre to Mercer Walk in Covent Garden and will be on display at The Stanford Exhibition at 10 Langley Street from Friday 18 until January 3, 2020.