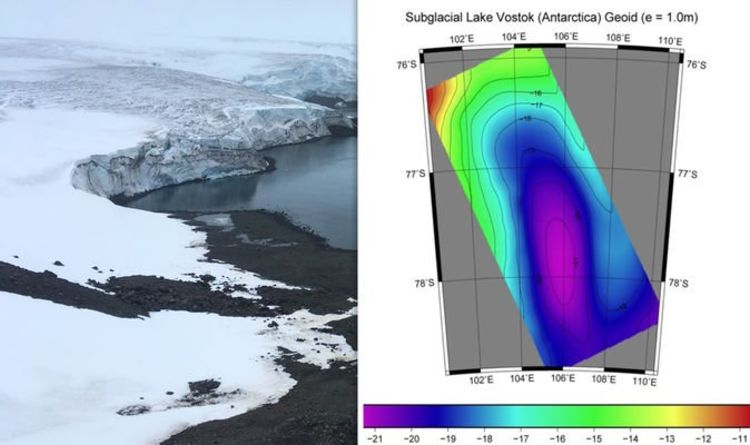 The discovery was made at the southern Pole of Cold, on the icy continent’s East Antarctic Ice Sheet, near Russia’s scientific research station. Scientists drilled almost three miles into the ice after radars spotted an anomaly, discovering what is now known as Lake Vostok. The drills stopped just before they hit the water, due to concerns over spoiling what could be a “pristine” ecosystem.

But, they still made some remarkable finds, Amazon Prime’s “Forbidden Mysteries” revealed.

Narrator David Taylor said in 2018: “In the Seventies, via airborne radar, Russia began to suspect that they had inadvertently built their base at the tip of a large sub-glacial lake.

“In the years since orbital radar mapping, combined with surface seismological measurements have confirmed that Lake Vostok, under two miles of solid ice, is the largest lake discovered in the last 100 years.

“Roughly the size of Lake Ontario, but much deeper in places, more than 3,000 feet, and about four times the volume.

“The lake, which is still liquid and not frozen, has been isolated under the ice sheets since anywhere from 13,000 to 14 million years ago, depending on who you talk to.

“The water in the lake, determined by surface thermal scans ranges from 10C to 18C, clearly indicating a subterranean heat source.”

Mr Taylor went on to detail exactly what they found in the drilled hole.

He added: “In addition, the whole lake is covered by a sloping air dome several thousand feet high that’s formed from the hot water melting the overlying ice just above the lake surface.