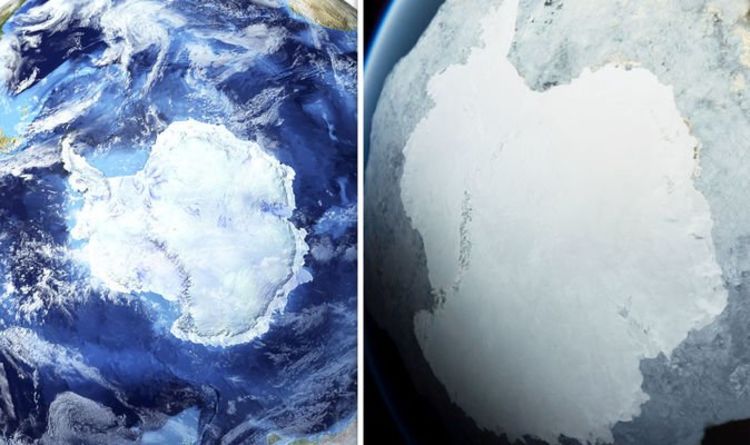 Antarctica is Earth’s southernmost continent where the geographic South Pole is located. The frozen desert is home to some 1,000 scientists who live in the blistering conditions that reach -90C at times, as they attempt to understand more about the history of Earth and climate change. At the beginning of this month, Sir David Attenborough – the legendary BBC presenter – took viewers there for the first episode of his new series.

He revealed how researches discovered this barren land is very different depending on the time of year.

“Every day, 40,000 more square miles of sea freeze over and by the end of winter, the continent has double in size.

“This is by far the largest desert in the world.

“But the frozen surface of the sea hides a great secret.”

Sir David went on to reveal how things couldn’t be more different below the ice, as an entire ecosystem remains unspoilt.

He added: “It may be hostile above the ice, but below it, conditions are so stable that lief over millennia has had time to diversify.

“These dramas only become visible when sped up.

“Some do get lucky, though, these two are fertilising each other and both will produce young.

“When it’s hard to find a partner it pays not to have to worry about your gender.”

Sir David explained why he still gets the same buzz from making documentaries and hopes it will inspire others.

He explained: “It is extraordinary.

“At the time people thought we were cranks but suddenly, after Blue Planet II, you hit the right note.