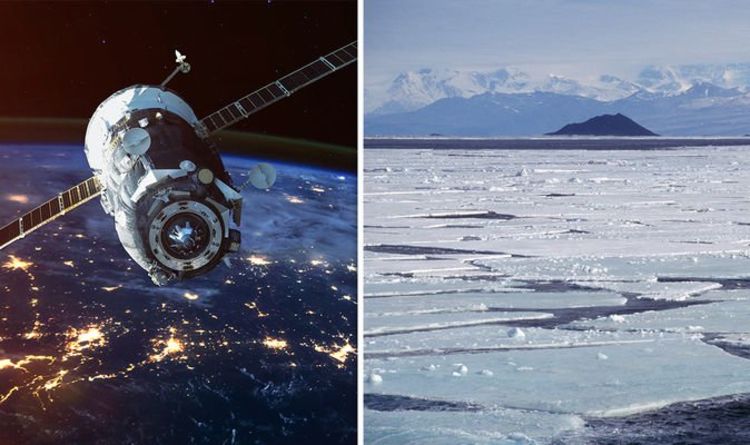 Antarctica is Earth’s southernmost continent where the geographic South Pole is located. The frozen desert is home to some 1,000 scientists who live in the blistering conditions that reach -90C at times, as they attempt to understand more about the history of Earth and climate change. In 2009, the ESA launched its GOCE satellite to map in unprecedented detail the Earth’s gravity field.

Presenter Maren Hunsberger said last year: “A dead satellite has given us a clue that something very interesting is hiding underneath the ice.

“The satellite in question is called the Gravity Field and Steady-State Ocean Circulation Explorer, or GOCE.

“This satellite was created to measure and record fluctuation in the Earth’s gravitational field and sea level.

“We then use this data to produce a model of the Earth called the geoid.

“GOCE completed its mission in 2013, but research teams all over the world have still been piecing together its information.”

Ms Hunsberger detailed exactly what the satellite is capable of.

She added: “Gravitational field data tells us what the Earth is like, even the parts we can’t see,

“The geoid is a hypothetical ocean – no tides, no waves, no nothing.

“Turns out that Antarctica is a patchwork continent, made up of at least three different cratons., which are remnant rocky cores of ancient landmasses.

“Each craton has geologic similarities to an existing landmass we know, one matches Australia, one to India and so on.

“Now we finally know that Antarctica is the accumulation of what was left over after the supercontinent of Gondwana broke up 160 million years ago.”