by Newslanes 1 week ago1 week ago
110views 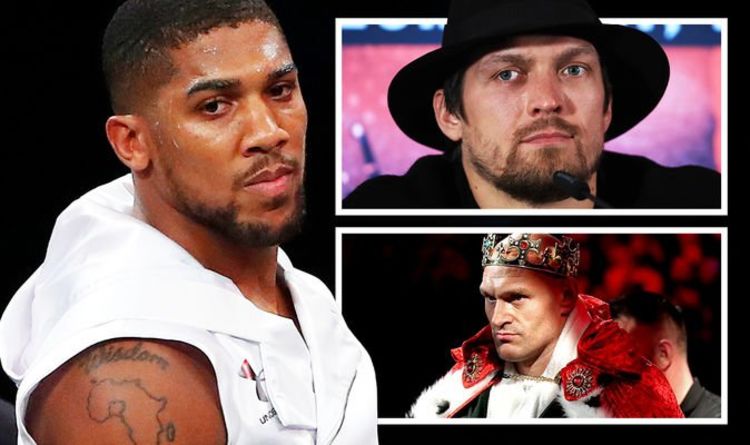 Anthony Joshua has revealed his camp have reached out to Oleksandr Usyk and asked him to delay his WBO mandatory challenger bout to allow a blockbuster unification fight with Tyson Fury.

Ordinarily, the Brit would have to step into the ring with Usyk next, but he is trying to delay that fight.

AJ is hoping he can put on a blockbuster unification clash with WBC champion Fury.

However, he could be forced to drop his WBO belt if Usyk does not agree to let the Battle of Britain happen.

Usyk has hinted in the past that he would be willing to delay his title shot to allow boxing fans the opportunity to watch two of best heavyweights of the last decade go head-to-head.

And Joshua is confident that the 33-year-old will stick to his work.

“I think Usyk will be keen to step aside and let the fight happen,” Joshua said.

“We’ve reached out to his management team. He’s a reasonable person and he’ll understand the magnitude of this situation.”

Meanwhile, Fury has laughed off Joshua’s recent threat to “take his head off his shoulders”.

The Gypsy King said: “I’ve never seen him take anybody’s head off their shoulders so it’s probably a lie, another lie.

“We’ll see if he’s got the guts to try and do it when I’m stood in the ring in front of him. I don’t believe he has.”

He added: “I don’t think he’s as good as people crack him up to be or he doesn’t believe he is himself.

“He has a confidence issue, coming off two shaky performances. Boxing is all about form, who’s in form and who isn’t, and in his last two fights he hasn’t been in form.

“On mine, I am, so momentum is with me and I just believe I take him out early, very early, maybe even one round or two rounds.”

Joshua and Fury have verbally agreed to split the purse 50-50 and they are both hoping to get the fight sorted this summer.