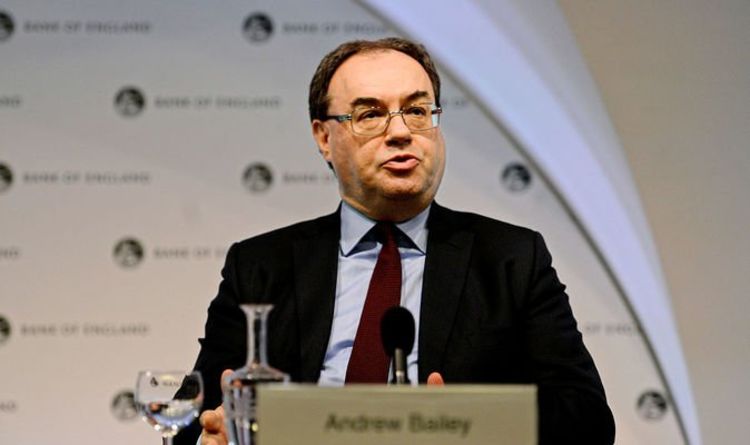 Andrew Bailey, the current head of the Financial Conduct Authority, will succeed Mark Carney to take charge of the Old Lady of Threadneedle Street in mid-March.

He beat Egyptian-born academic Dame Minouche Shafik in the selection process for the key role.

A Treasury insider said her firm anti-Brexit views had counted against her.

Announcing the appointment, Chancellor Sajid Javid said: “When we launched this process, we said we were looking for a leader of international standing with expertise across monetary, economic and regulatory matters.

“In Andrew Bailey that is who we have appointed.

“Andrew was the stand-out candidate in a competitive field. He is the right person to lead the Bank as we forge a new future outside the EU and level-up ­opportunity across the country.”

Mr Javid added: “I also want to take this opportunity to thank Mark Carney for his service as governor. The intellect, rigour and leadership he brought to the role during a critical time was a significant contribution to the UK economy moving to recovery and growth.”

Accepting the role yesterday, Mr Bailey said: “It is a tremendous honour to be chosen as Governor of the Bank of England and to have the opportunity to serve the people of the United Kingdom, particularly at such a critical time for the nation as we leave the European Union.

“The Bank has a very important job and, as governor, I will continue the work that Mark Carney has done to ensure that it has the public interest at the heart of everything it does.

“It is important to me that the Bank continues to work for the public by maintaining monetary and financial stability and ensuring that financial institutions are safe and sound.”

Mr Bailey is a former deputy governor of the Bank of England. He was educated at grammar-school and went to Cambridge University.

In the run up to his appointment, some City insiders thought Mr Bailey’s chances had been damaged by financial scandals under his watch at the FCA. The collapse earlier this year of funds managed by top stock picker Neil Woodford, head of Woodford Investment Management, raised questions about the regulator’s role.

Another was the scandal at London and Capital Finance – leaving investors £237million out of pocket and leading to protests outside the FCA’s offices.

Boris Johnson’s spokesman said: “Andrew Bailey brings a wealth of experience to central banking and the Prime Minister has full confidence he will do an excellent job.”