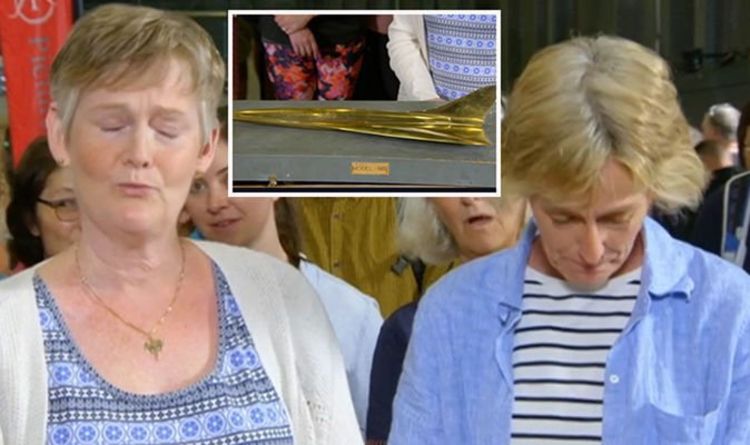 John continued: “Back then, there were huge prices paid for Concorde memorabilia because everybody was so sad to see the aircraft being decommissioned.

“Since then, more items have come out but I’ve never seen another wind tunnel model appear at the auction ever. At auction, I would see this at between £15,000 and £20,000.”

After the whopping valuation of their treasure, the first sister turned to her sibling and said: ” I can’t give you half, I’m sorry,” meaning she would lose out on its value.

Commenting on the very unusual circumstance, the expert opined: “It’s the first time in my whole experience that we’ve had two sisters – one wanting a high estimate, one wanting a low – but at the end of the day, they were so proud of their dad, and it’s going to remain in the family.”

Antiques Roadshow continues Sunday at 8:15pm on BBC One.