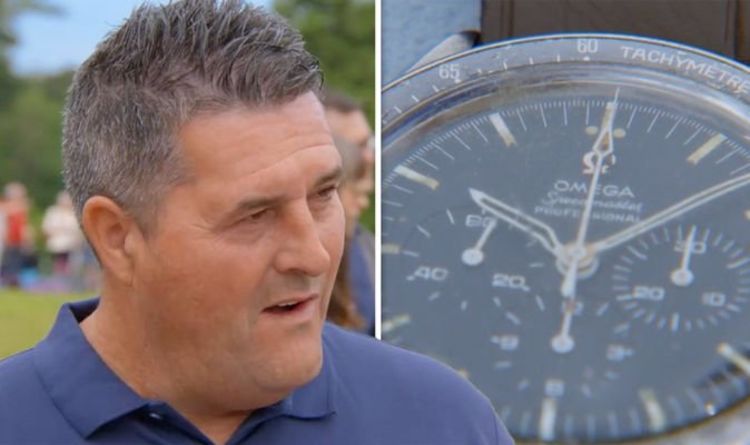 “This is a very good early example of a Speedmaster and I’m just going to show you very briefly what we can look for,” with Richard pointing out notable features of the watch.

The guest said he was, with Richard continuing: “It is very scruffy, so if we put another nought on and said £500 – would that make you happier?”

He nodded in agreement with another revelation to come after the guest confessed he would take £500 for the watch.

“Well don’t, we put another nought on it, and make it £5,000!” leaving the guest open-mouthed, and Richard concluded: “You’ve done very well – many congratulations!”

Antiques Roadshow continues next Sunday at 7:15pm on BBC One.