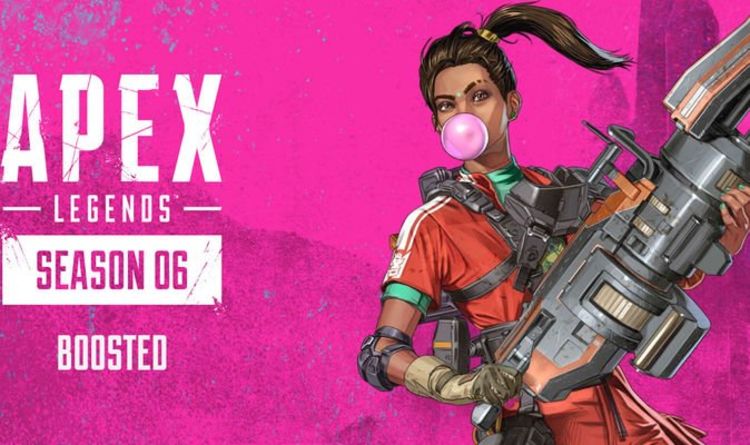 Apex fans have plenty to look forward to this month, with big seasonal plans announced for the coming weeks. Apex Legends Season 6 has been given a set release date in August, meaning gamers can start planning for the end of Season 5 and completing everything they have left on their Battle Pass. As usual, fans of the hit Battle Royale shooter can expect a big update waiting for them, as well as new events, challenges and map changes for later in the year. But one of the biggest talking points from today’s announcement is the reveal of a new character.

WHEN IS APEX LEGENDS SEASON 6 COMING OUT?

First the big news; the Apex Legends Season 6 release date has been set for Tuesday, August 18, 2020.

This will be a unified release, meaning that all platforms, including PS4, Xbox One, Nintendo Switch and PC, will be updated at the same time.

No set time has been announced but based on previous seasonal launches, we would expect Apex Legends Season 6 to have started by 8pm BST.

Expect more news to be shared about the Season 6 launch in the days leading up to the big event.

Respawn has also confirmed that a new Legends character will be released as part of the seasonal update.

Rampart looks set to offer some heavy weaponry when she hits the battlefield with “Sheila” later this month.

Rampart is described as “A 21-year-old British-Indian and private business owner, who gets by in the dangerous wild west world of the Outlands with a heavy-mounted turret and backpack full of scrap metal.”

And it looks like Rampart’s expert modding skills will also be playing a big part in a new feature coming to the game this month.

Respawn has confirmed that Apex Legends Season 6 will add battlefield crafting to the game, meaning you’ll be able to change your loadout, if you can gather the right materials.

There will also be a new energy SMG (the Volt), a Battle Pass with over 100 new items, including Legendary Skins and holo-sprays, as well the start of Ranked Series 5.

More details are expected to be shared in the coming weeks, along with a detailed backstory regarding Rampart.

A rundown of the first details for the big update includes the following: