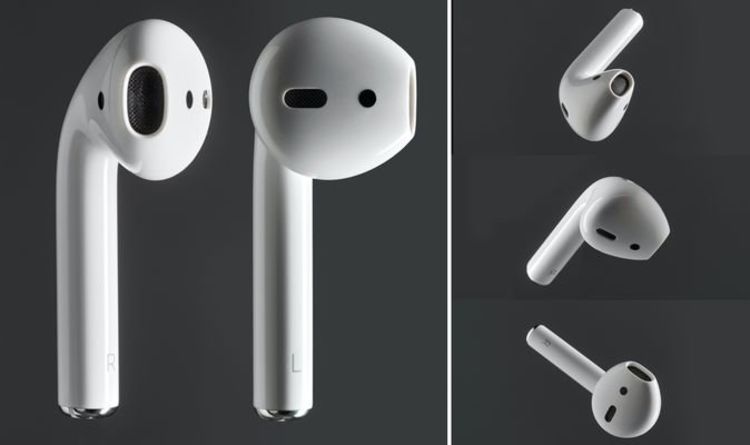 Apple is gearing up to launch a new pair of its best-selling AirPods earbuds, a new report claims.

The iPhone manufacturer debuted a minor refresh to AirPods at the start of this year, which brought an always-listening Siri that could be summoned by the wake phrase “Hey Siri” while wearing the earbuds, as well an optional wireless charging case that can be topped-up using an Qi compatible charging mat. But aside from the charging light moving to the front of the new case, there was nothing to distinguish the so-called AirPods 2 (Apple just refers to the new pair as “AirPods”) from the first-generation pair.

However, that’s all going to change with the next update, according to Bloomberg. Sources speaking to the publication suggest that we’re going to see a completely new look for the AirPods to enable active noise cancellation for the small Bluetooth earbuds.

Apple included a small icon of what appears to be the new AirPods in a recent beta for iOS, which was unearthed by the eagle-eyed team at 9To5Mac.

Based on the glyph, the earbuds will have interchangeable tips create a better seal inside your ear. They will also have a more bulbous design at the top of the earbud, with a smaller stem for the beam-forming microphones that enable AirPod owners to make hands-free call and make requests of Siri.

And as well as a new design, we can expect to see a new name too.

Apple is believed to be planning to call its new wireless earbuds the AirPods Pro, according to a new report from the China Economic Daily. This would fit with the more recent naming convention from the Cupertino-based company which sees the highest-end offering of any product line bearing the “Pro” moniker – just like the MacBook, iPad, iPhone, and iMac.

China Economic Daily claims that Apple is ready to kickstart full-scale production of its new AirPods Pro and that a release date could be scheduled before the end of October. It’s worth noting that the publication has a somewhat ropey track record when it comes to rumours on as-yet unannounced products, so maybe take this one with a pinch of salt.

Apple is widely-rumoured to hold an event sometime later this month when it will unveil a next-generation MacBook Pro with Face ID and a redesigned keyboard that reverts back to the scissor mechanism – ditching the controversial Butterfly mechanism found on the most recent Apple notebooks.

Apple will launch its Apple TV+ video streaming service on November 1, 2019 so it makes sense for the US company to refresh its Apple TV set-top box in the run-up to the launch too.

Whether they launch in the next fortnight or not, the next AirPods have some serious competition. Microsoft will debut its Surface Earbuds in the first quarter of 2020 in the UK, while the Google Pixel Buds were revealed at the Pixel 4 launch event last week. Elsewhere, AirPods also face increased competition fro the likes of Bose, Sony and other traditional audio brands.