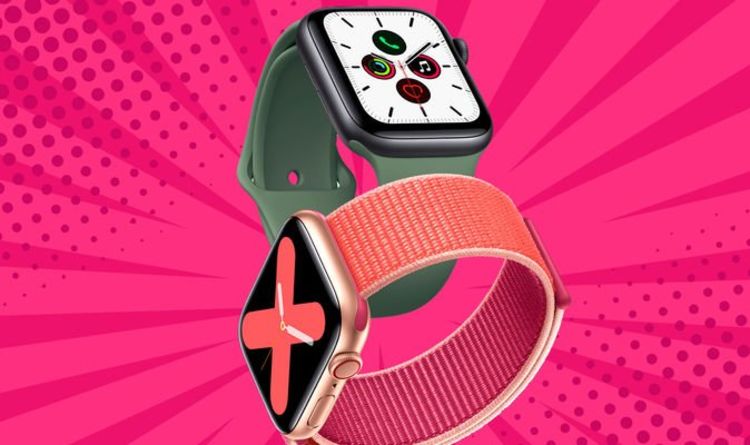 Instead, Apple looks set to use the event to announce a newly redesigned iPad Air and two new variants of the Apple Watch. While the former has been heavily rumoured by reliable sources, the latter seems almost guaranteed.

Apple likes to include little (usually pun-based) clues to hint at what will be included in its forthcoming event. For its latest event, the tagline on the invitation is “Time Flies,” which seems to be a pretty obvious hint that an Apple Watch is likely to be announced.

If you need more evidence than a simple pun, how about the fact that a number of Apple Watch Series 5 models are currently listed as Out Of Stock on the online Apple Store right now. That could mean that Apple’s one-year-old wearable is suddenly experiencing a surge in demand… or that Apple has started to wind down production of the smartwatch ahead of the launch of its successor, which will likely replace it in the line-up. If you’re looking to kit yourself out with a new wearable, it’s probably worth holding off for the minute.

So, what to expect from the new Apple Watch?

Whispers from the supply chain suggest Apple has a costly follow-up to the Apple Watch Series 5 with stress-sensing features and the ability to monitor blood oxygen levels. Rivals Fitbit and Samsung have already added these features to the latest entries in their respective line-ups. Provided these are the only new additions, it’s nice to see Apple keeping up with the competition – even if it isn’t surging ahead with revolutionary new features.

The always-on display – the headline feature of its predecessor, Apple Watch Series 5 – will return in the new model, sources say. Sleep tracking will also be included in the Apple Watch Series 6 (as well as older models compatible with the new version of watchOS scheduled to roll out this month) so we’d wager that battery life will be a big focus for Apple.

Alongside the Series 5, Apple is expected to unveil a replacement for the Apple Watch Series 3, which has stuck around in the line-up as the more affordable model available in the Apple Store.

While the Series 4 was discontinued following the launch of the Series 5, the Series 3 remains on-sale in Apple Stores starting at £199. Apple will introduce a new model at the same price point to compete against more aggressively priced health trackers from the likes of Fitbit, Withings and others. The design will supposedly be similar to the Apple Watch Series 4, so that every model currently available on Apple Store shelves boast the larger 40mm and 44mm screen sizes.

Think of this Apple Watch model like the iPhone SE of Apple’s smartwatch line-up. With a new flagship model and more affordable wearable set to be unveiled, we’re unlikely to see the Apple Watch Series 5 stick around on store shelves after the iPhone 12 event.

Express.co.uk will have all of the news and opinion as soon as the keynote is broadcast.