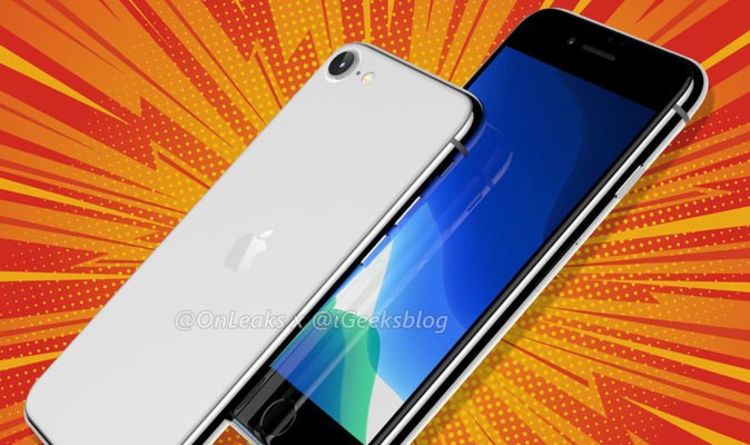 Apple is preparing to launch a brand-new iPhone next month, reports claim. The company is expected to hold a hardware showcase on Tuesday March 31, 2020 to take the wraps off a follow-up to the iPhone SE.

For those who don’t remember, the iPhone SE was launched six months after the launch of the iPhone 6S and 6S Plus. It brought the same rear-view camera technology and internals to the smaller chassis last used with the iPhone 5S, which debuted in September 2013. With its four-inch touchscreen, the iPhone SE appealed to people who didn’t like the larger displays found on the iPhone 6S (7.7-inch) and 6S Plus (5.5-inch).

It was also sold at a more affordable price point, which can’t have hurt sales either. And now, Apple is purportedly looking to repeat the winning formula with a so-called iPhone SE, which some sources say will be branded iPhone 9.

Like last time, Apple is reportedly rummaging in the Lost and Found bin for a older chassis — this time around, it’s rumoured to be the iPhone 6S body — coupled with a more up-to-date processor and camera.

Although some earlier renders had suggested Apple would include an edge-to-edge display, like the one found on the iPhone X and newer, in the same pocket-able body of the original iPhone SE, that doesn’t seem to be the plan.

As such, the iPhone SE 2/iPhone 9 will rely on a Touch ID fingerprint scanner to unlock, authenticate Apple Pay and launch secure apps, like mobile banking. According to the latest whispers, the new affordable iPhone will set you back $ 399 — that’s the same price as the original. Apple charged £379 in the UK at the time, with the 128GB model setting you back £479/$ 449.

As well as the new iPhone, Apple could use its rumoured March event to update its 13-inch MacBook Pro. Last year, the Cupertino-based company replaced the 15-inch notebook with a new version with better cooling, a 16-inch display and, most importantly of all, a scissor-mechanism keyboard to replace the ill-fated low-profile Butterfly keys found on every other Mac model on the market right now.

Updating the 13-inch notebook would bring the redesigned keyboard (which has more travel and, in a vote of confidence not afforded to the most recent tweaks to the Butterfly keyboards, hasn’t been added to the extended warranty scheme immediately following its launch) would bring parity to both sizes in the MacBook Pro range.

The 7 Best Cyber Monday Deals on Camera Gear and Accessories

ByScott Gilbertson, Gear Team We prefer the square format of the SP-3, but if you want the rectangular prints, the Instax Share SP-2 printer is...
Read more
Tech