Apple's new M1-powered MacBook Air just got even better thanks... 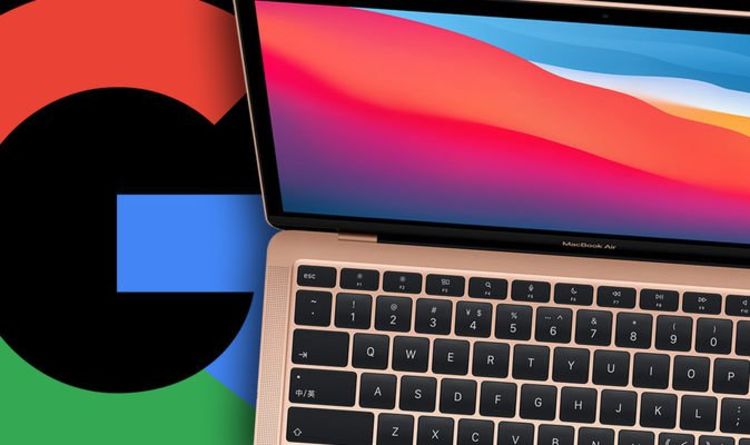 There’s a new MacBook Air in town and it’s one of the most important releases in years. The latest Apple laptop offers some serious performance gains over its predecessor thanks to Apple’s custom-designed M1 processor, which replaces the Intel chip found in all previous MacBooks, and not only makes the new model faster but more efficient.

That means hours more battery life and a design which doesn’t need to be cooled by a fan – making it totally silent to use and less hot on your lap.

Express.co.uk has already reviewed the new MacBook Air and was impressed with what we found. The machine is buttery smooth and boasts some epic battery life, which means you can get through a day without reaching for the charger. Apple’s suite of apps, like Safari and Pages, launch in the time it takes to blink and even editing 4K video is performed without the hint of a stutter.

It’s all very impressive, but we did have one big gripe.

During our time testing the M1-powered MacBook Air, we found Google’s Intel-primed version of Chrome was painfully slow to use. In fact, at times it felt exhausting to do anything in this software so we gave up using it – that’s not great for fans of the world’s most popular browser (Chrome is currently used by almost two-thirds of all desktop users).

READ MORE: Apple’s new MacBook Air has a different keyboard to every MacBook we’ve seen before

Luckily, this dreadful google Chrome experience is no longer an issue with Google now releasing an M1-optimised version of Chrome.

M1-powered MacBook owners simply need to head to the Google Chrome download page where they will be offered the option to install the correct version of the app.

Explaining more on Twitter, Elvin Hu, an interaction designer on the Chrome team, said: “If you want to use Chrome on new Macs with Apple M1 chips, head here and download the Apple Silicon version we released in M87 today!”