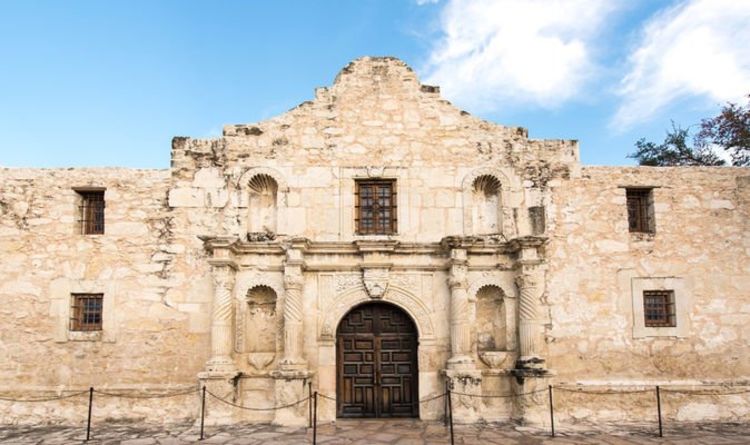 The Alamo, in San Antonio, Texas, was home to one of the most pivotal battles during the Texas Revolution of 1836. More than 500 soldiers were killed at the Mexican troops stormed Texas as the US and Texas Mexicans battled the centralist government of Mexico. And while the historic site has bloody roots, archaeologists were not expecting to find three bodies during an archaeological dig.

According to the Texas General Land Office and the Alamo Mission Archaeological Advisory Committee, the bodies appear to belong to a teenager or young adult, an infant and a large adult.

The gruesome discovery was made while archaeologists were digging to install moisture monitoring equipment as well as locate and document the foundations of the 300 year old structures.

A statement from the Texas General Land Office and the Alamo Mission Archaeological Advisory Committee said: “Monitoring equipment will allow experts to understand what elements are impacting the sole remaining structures from the Battle of the Alamo and to develop a restoration plan that ensures these buildings remain standing for future generations of Texans to learn from and enjoy.

“The remains encountered appear to be indicative of a teenage or young adult, infant, and large adult.

“Upon discovery of the remains, the long-established human remains protocol was activated, the on-site tribal monitor was notified, and excavation of the particular site was halted.

“As we move forward, the GLO and Alamo Trust, Inc. will continue to follow all applicable laws and procedures.”

The Texas Revolution took place from 1835 to 1836 and saw more than 1,700 Texans and Mexicans lose their lives.