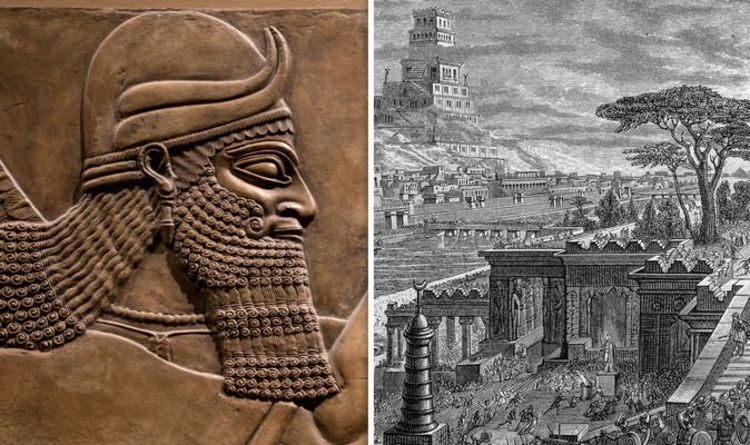 Mesopotamia was a huge empire that spanned much of the Middle East, including modern day Iraq, Kuwait, eastern Syria, south eastern Turkey and bordering regions. A kingdom settled on fertile lands within the Tigirs-Euphrates, Mesopotamia suddenly collapsed over a relatively short period time, eluding scientists and researchers through the ages.

Now, however, a study’s findings may point towards a potential answer: that Mesopotamia was caught up in a giant dust storm that the empire couldn’t cope with, resulting in inability to grow crops, famine and mass social upheaval.

Dr Tsuyoshi Watanabe of Hokkaido University, involved in the study, said in a statement: “Although the official mark of the collapse of the Akkadian Empire is the invasion of Mesopotamia by other populations, our fossil samples are windows in time showing that variations in climate significantly contributed to the empire’s decline.”

The study’s abstract tells of how researchers looked at six 4,100 year-old Porites coral fossils from the Gulf of Oman that signalled “a prolonged winter shamal season with frequent shamal days.”

Dr Watanabe and his team compared the ancient coral fossils to modern coral samples, along with meteorological information.

From this, they found that the ancient coral contained evidence of strong winds typically associated with severe dust storms.

The statement said: “The data before and since the collapse are furthermore comparable to modern coral data, showing the dry spells would have been sudden and intense.

“This likely caused agricultural failures in Mesopotamia and contributed to the Akkadian Empire collapse, as this region depends on winter rainfall.”

On top of the storm, it is also thought that in-house fighting may have contributed to the empire’s eventual collapse.

Researchers wrote in the study: “The abrupt intensification of surface winds would have caused aridification during winter in the Mesopotamia region.

“Here the winter season is critical for agriculture even today.”

The research was published in the journal Geology.

The kingdom was dominated by the Sumerians and Akkadians, including Assyrians and Babylonians, from the beginning of written history to the fall of Babylon in 539 BC.

It was then occupied by the Achaemenid Empire.

This rule soon came to an end in 332 BC, when Alexander the Great made his way through and claimed it.

After his death, it became part of the Greek Seleucid Empire.

Mesopotamia is significant to our understanding of humankind as it marks the site of the earliest development of the Neolithic Revolution from around 10,000 BC.

It has been identified as having inspired some of the greatest inventions of our history, including the creation of the wheel, the planting of the first cereal crops, and most notably, the development of a written script, mathematics, astronomy and agriculture.

It was here that the first written documentation of actual events and history began.

The kingdom outdates modern mainstream religions – and followed a polytheistic system of beliefs, worshipping multiple gods derived from the earth and its natural elements.

Spotted: A Nordstrom Sale On Knit Basics And Loungewear

ByHuffPost may receive a share from purchases made via links on this page. Prices and availability subject to change.As we get further into fall,...
Read more