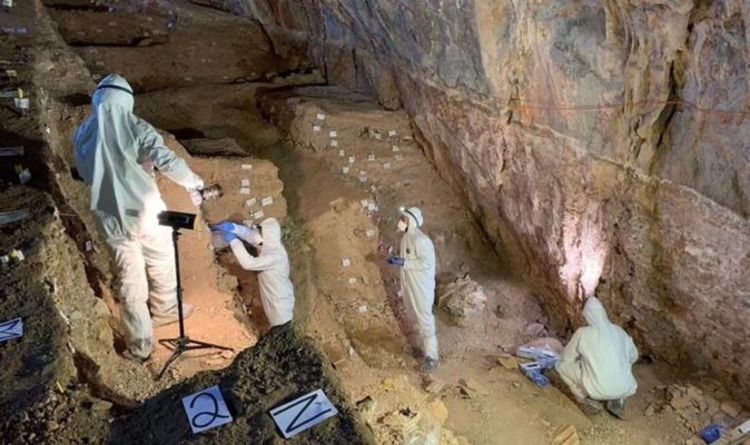 DNA analysis of the plant and animal remains from the sediment packed around the tools in the cave dates the tools and the human occupation of the site to 25,000-30,000 years ago.

Human DNA was not found which adds weight to the theory that the early people didn’t stay for long in the cave.

Dr Mikkel Winther Pedersen, a geneticist from the University of Copenhagen and one of the first authors of the paper, said: “We identified DNA from a wide range of animals including black bears, rodents, bats, voles and even kangaroo rats.