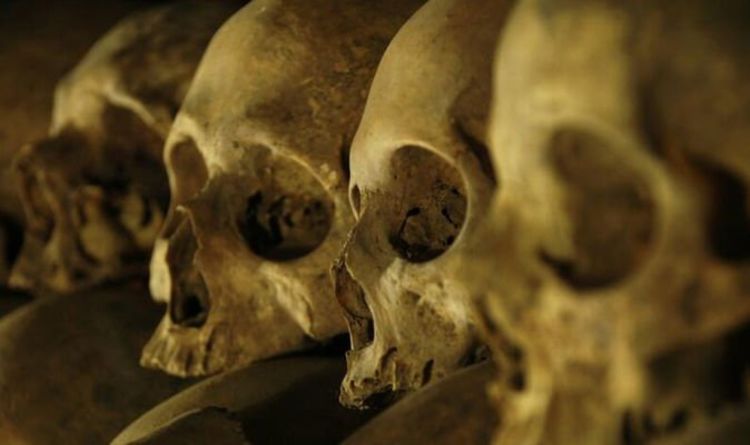 The bones most likely belonged to men, women and children aged 20 to 70.

And among them were the remains of at least six unborn children, which suggests heavily pregnant women were laid to rest under the church.

After analysing some 2,600 bones, Dr Pudło determined the archaeologists have uncovered the remains of 64 different people.

In 1912, as the Titanic was on its maiden voyage from Southampton to New York, it hit an iceberg causing it to sink. More...
Read more
Science

Known as cartilaginous fish - which means their skeletons are not made of bone, but cartilage - sharks were generally understood to have not...
Read more
Science