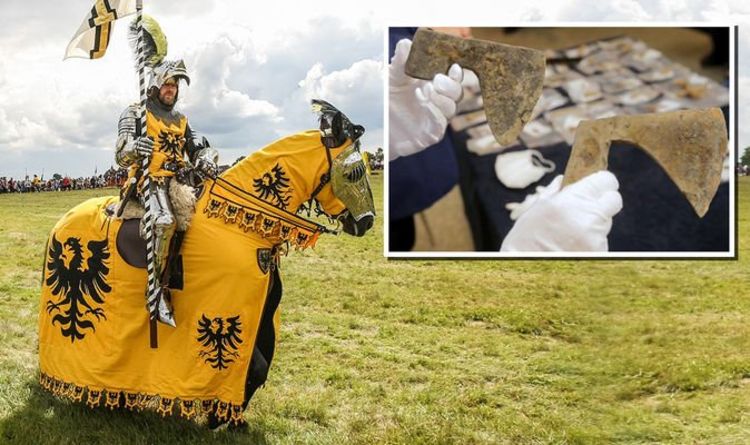 The Teutonic Order was founded during the Crusades, as means of protecting pilgrims, buildings hospitals and mounting campaign against non-Christian neighbours.

The order was headquartered at Malbork, or Marienburg, in what is today Poland’s Pomerania region.

The order’s Malbork Castle, an impressive 13th-century fortification, is the biggest castle in the world.

In past excavations, archaeologists have discovered more than 1,500 artefacts around Grunwald, of which at least 150 are directly linked to the battle.