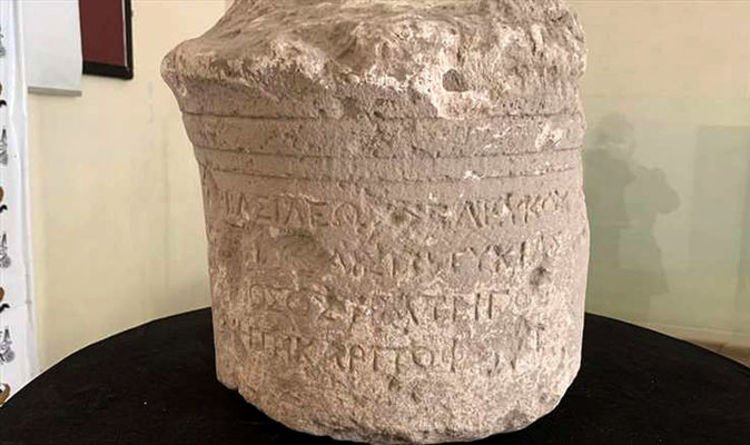 The find comes hot on the heels of another discovery from the Hellenistic culture.

The 2,400-year-old mask was unearthed while excavating the ancient city of Daskyleion’s acropolis.

Kaan Iren, an archaeologist at Mugla Sitki Kocman University, said in a statement: This is possibly a votive mask.

“More information will become available over time with more research.”

Who was Demetrius I of Macedon?

Demetrius was a Macedonian nobleman, military leader, before ascending to the throne in 288 BC.

He belonged to the Antigonid dynasty and was its first member to rule what is now modern-day Macedonia.

Historians now know how after, besieging the ancient Greek capital Athens without success, he pushed on into Asia.

However, before he reached Syria infighting broke out in his army, and Demetrius was eventually abandoned by his troops on the field of battle, forcing him to surrender.

And despite his son offering all his possessions to procure his father’s liberty, Demetrius died following a confinement of three years.