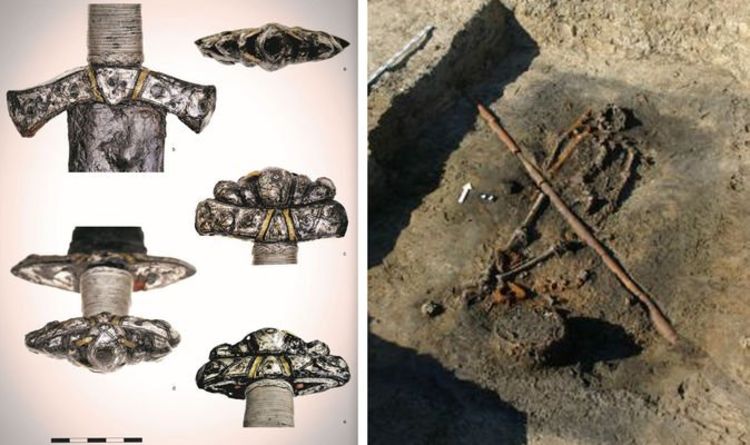 The Danish warriors would have been buried during the Piast dynasty – the first Polish dynasty to rule from the 10th century to the end of the 14th century.

Dr Wadyl said: “It turned out that all of the dead buried in the central part of the cemetery were not from the Piast State, but from Scandinavia, most likely from Denmark.”

The warriors were buried within a larger necropolis, dating back to the Polish King Bolesław Chrobry or Bolesław the Brave I.

Alongside them, the archaeologists uncovered a treasure-trove of weapons such as decorative swords and spears.

Evidence suggests the four men were skilled horse riders, due to the buckles, stirrups and spurs found next to their bodies.