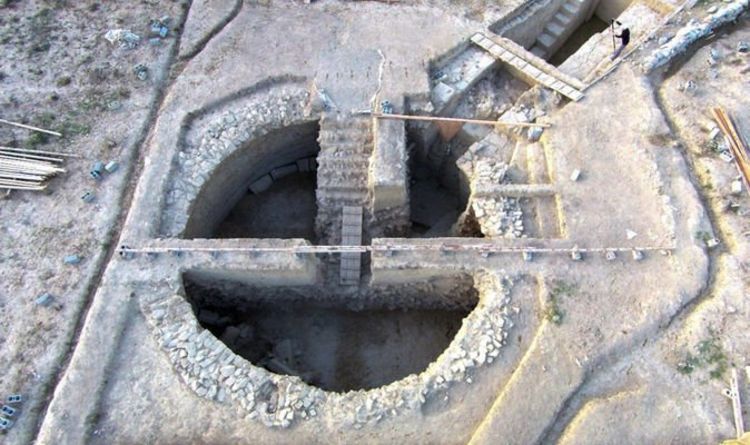 During the Bronze Age around 3,500 years ago, two people in Greece were so important they were afforded a lavish burial with riches that most people can only dream of in their lifetime. The tombs were located in Pylos, overlooking the Mediterranean Sea, and were found to have been once coated in gold leaf on the inside and containing thousands of pieces of treasure. Archaeologists from the University of Cincinnati (UC) have dubbed the beehive-shaped coffins Tholos VI and Tholos VII which measure 12 metres (39 feet) and 8.5 metres (28 feet) respectively.

Much of the treasure had been looted, but what remains could hold clues about the formative years of ancient Greece.

Among the items was a gold pendant with a carving of Hathor, an Egyptian goddess who was a protector of the dead.

At the time of the unknown people’s death, Greece had just, or was soon to, conquer Egypt, leading to the crumbling of the Egyptian empire and the beginning of the Greek empire.

Jack Davis, head of UC’s classics department, said: “Its discovery is particularly interesting in light of the role she played in Egypt as protectress of the dead.

A gold ring was found which included the depiction of two bulls flanked by sheaves of grain.

“As far as we know, it’s the only representation of grain in the art of Crete or Minoan civilisation.”

Sharon Stocker, who supervised the excavation, said the discovery could provide major insights into the formative years of the ancient Greeks.