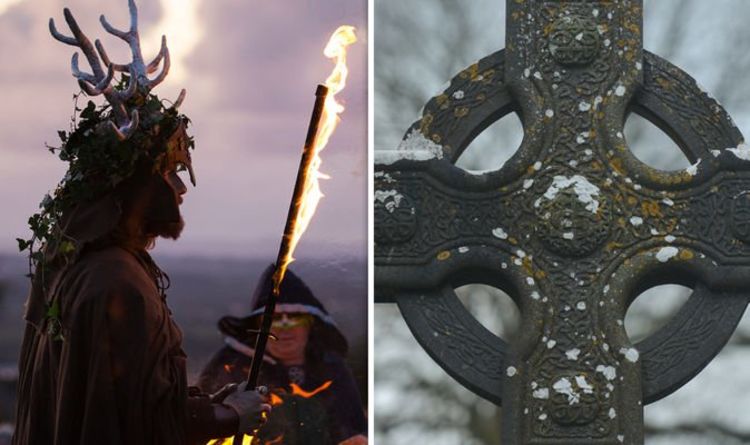 Naval Fort is one of Ireland’s most famous, legendary and important archaeological sites and is located in the Northern Irish county of Armagh near the border. New research has revealed that during the Iron Age, people from all over Ireland flocked to the site to participate in huge feasts, often travelling vast distances and bringing their livestock with them.

The study, published in the science journal, Scientific Reports, tells of how a team of scientists analysed the bones of 35 animal that were found at Navan.

Some of these animals included pigs, cattle and sheep.

The analysis revealed that some of these animals had been transported to site from locations more than 100 miles away.

Richard Madgwick, an author of the study from Cardiff University in a statement said: “Our results provide clear evidence that communities in Iron Age Ireland were very mobile and that livestock were also moved over greater distances than was previously thought.

“The high proportion of pig remains found there is very rare for this period.

“This suggests that Navan Fort was a feasting centre, as pigs are well-suited as feasting animals and in early Irish literature pork is the preferred food of the feast.

“It is clear that Navan Fort had a vast catchment and that the influence of the site was far-reaching.”

The researchers investigated tooth enamel samples from the animal remains that were found at the site as part of their analysis, which is known to be a good way to determine the subjects origins.

Excavations previously made at the site have uncovered a range of items and remains that suggest that it was a significant centre for ritual gatherings.

For example, an excavation in 2014 gifted the skull of a Barbary Ape from Iberia; a separate dig unearthing a 130-foot wide building.

Earlier this year, Dr Madgwick’s analysis of 131 pigs found at sites near Stonehenge revealed that animals were brought there from numerous locations across the British Isles, including as far away as Scotland.

The origins of people who visited this area and the extent of prehistoric British population movements had been a long-standing enigma before the pig analysis.

Dr Madgwick said: “Transporting animals across the country would have involved a great deal of time and effort so our findings demonstrate the important role they played in society.

“Food was clearly a central part of people’s exchanges and traditions.”

Naval Fort was the earliest capital of the Ulaidh people of early Irish history.

The traditional province of Ulster in the north of the island derives its name from these peoples.