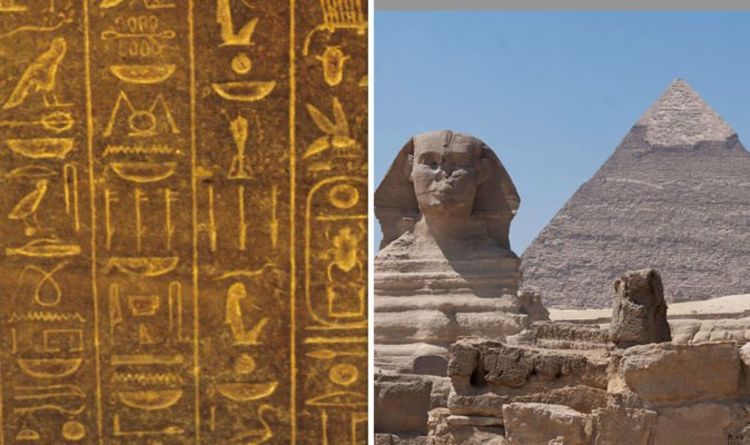 Experts have been left stunned as they uncovered an ancient pink statue with a Ka symbol, which is thought to have once represented an aspect of the soul or spirit by the civilisation. The discovery has proved to be of particular significance, being described as one of the “rarest archaeological discoveries” to be found.

The statue is of the ancient Egyptian pharaoh Ramses II, standing 3.5feet tall and was found to have the symbol “Ka” on it.

This, in addition to it being made entirely out of pink granite, has led researchers to label it as one of the most significant discoveries to come out of the Giza region in years.

Its discovery was announced by Egypt’s Ministry of Antiquities, with the statue being found on the land of a man who had recently been arrested for carrying out illegal excavations.

The land, located around 15 miles from Giza, is now being excavated in the hope that more relics are found.

In a statement, Mostafa Waziri, secretary-general of the Supreme Council of Antiquities, said the rare statue was “intended to provide a resting place for the Ka – life-force or spirit – of the person after death.”

Previously, only a wooden statue of Ramses II with the Ka symbol had been discovered.

He told China’s Xinhua news agency: “This discovery is considered one of the rarest archaeological discoveries.

“It is the first ever Ka statue made of granite to be discovered.

Ramses II led several successful military expeditions, reasserting Egyptian control over Canaan in the near east, as well as expeditions into several other regions in and around ancient Egypt.

Manetho, an ancient priest and historian credited Ramses II with reigning over his people for some 66 years.

According to National Geographic, he had more children and built more monuments than any other pharoah.

As a result of his long and successful reign, he is often called “Ramses the Great”.

Historians generally agree that he died aged around 90, and was duly buried in the Valley of the Kings.

The statue of Ramses II depicts him in the form of “Elka.”

The Ministry said this is a “symbol of strength, vitality and spirit”.

On the back pillar of the statue is engraved “Nakht Mari Maat” which translates as “strong bull” – an ode to the late ruler.

The statue is 1.8 feet wide and 1.4 feet thick. Ramses II is depicted wearing a wig and a crown, with the Ka sign.