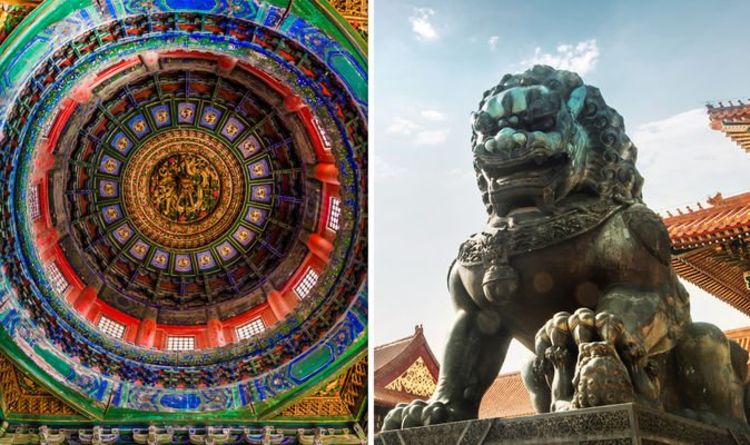 The remains of an ancient dwarf from 5,000 years ago have been uncovered in an excavation expedition in China. The skeleton revealed signs of an “extremely rare” form of dwarfism, with a paper being published in the International Journal of Paleopathology to specifically diagnosis the young adult with skeletal dysplasia.

Archaeologists found the dwarf’s skeleton among others in a burial site near the Yellow River in east-central China.

Every skeleton was found with their hands placed on top of their bodies, except for the individual with dwarfism.

The hands were instead tucked behind its back.

The researchers immediately noticed the remains appeared shorter and weaker than the rest, but at first didn’t register that the the body might have suffered from some deformity.

On further investigation they were able to diagnose the body with skeletal dysplasia.

This medical term covers a string of conditions that affect bone development, growth and formation, and is more commonly known today as dwarfism.

The condition is rare in modern humans but shows up even less in archaeological records.

They also discovered physical peculiarities with the skeleton.

For example, its limbs were short but fitted with its body, while it had a small head and trunk.

Normally, dwarfism results in the person having some aspects of their body disproportionate to others.

However, the Chinese dwarf skeleton that was found was perfectly proportionate, leading scientists to diagnose the Neolithic skeleton with a condition called “proportionate dwarfism”.

Proportionate dwarfism is rare in both archaeological records and modern humans.

Experts reason that the skeleton’s short stature could have been as a result of an under active thyroid or pituitary gland in their early life.

This would have affected the ancient human’s hormone levels and stunted its bone growth, organ function and potentially cognitive development, leading researchers to speculate over its mental capacity.

The Prime Minister is imposing tough new restrictions, including a 10pm curfew on pubs, bars and restaurants from Thursday, after his top advisers warned...
Read more
U.K.

Ruth Wishart sparked outrage when she posted her controversial views on social media. The journalist and broadcaster tweeted: "WW2 finished 75 years ago. None...
Read more
U.K.

Wandsworth Council in south London tweeted the alert, telling people to draw up an emergency plan and pack useful items such as a torch,...
Read more
U.K.

The Government and the NHS are currently preparing for a potential second wave of coronavirus cases in the UK. On Monday 4,368 new cases of...
Read more
U.K.

During the coronavirus briefing the UK's Chief Medical Officer outlined several ways the COVID-19 virus will harm the population's health as he issued a...
Read more