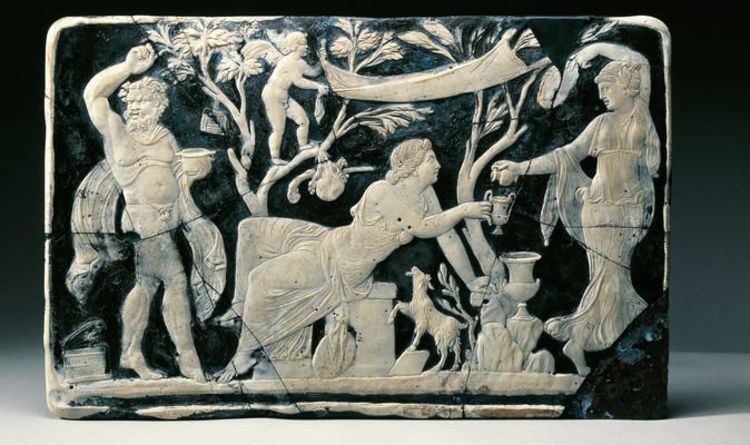 The site on the Black Sea town of Sozopol has been estimated to be from the second century.

According to Sofia Globe, the graves are of 10 children and a woman and are believed to date from the fourth century.

The site is near the Kalfata necropolis which has been studied for 80 years.

Dimitar Nedev, director of the archeological museum in the town, told national radio: “We hope that after it has been restored, it will be displayed at the annual archaeological discoveries exhibition in February at the National History Museum.”

The find includes a glass jar containing a purple liquid.

A balsamarium is a small ceramic or glass bottle, frequently found at Greek and Roman sites, particularly cemeteries.

Mr Nedev continued: “It is full of liquid, probably Roman perfume from the second century.

“It was used to anoint the dead in their journey to the beyond.

“We hope to identify the natural ingredient from which it is made, and that it could be the basis for some new item in the perfume industry.”

It is believed this was done to stop them turning into vampires.

As per a BBC article at the time of the discovery, this pagan practise was common in some village until as recently as the early 20th Century.

People deemed bad would have their chests stabbed for fear they would return to feast on blood.

Similar finds have made throughout the Balkan region.

Bulgaria is home to over 100 such sites.

Bozhidar Dimitrov, who was heading the National History Museum in Sofia said: “These skeletons stabbed with rods illustrate a practice which was common in some Bulgarian villages up until the first decade of the 20th Century.”