Arctic warning: Mercury being released from melting ice is poisoning us – expert warning 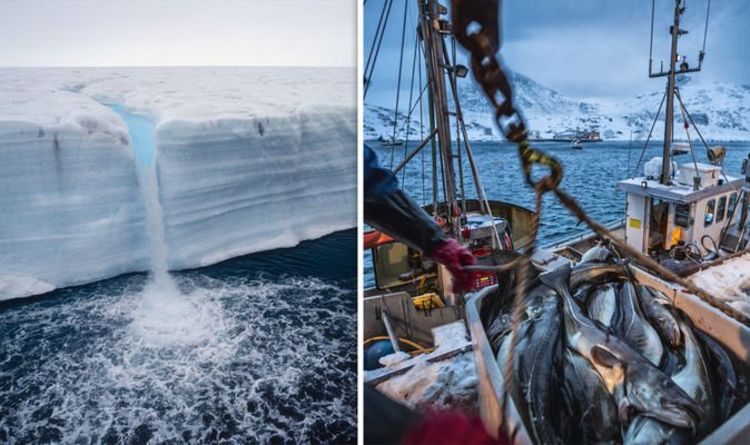 Mercury exposure is extremely dangerous to life, even though it is produced in Earth’s crust. It is released into the world when volcanoes explode, when forests burn and when fossil fuels and gold are mined. When microbes interact with Mercury, Methylmercury is created, which is the most toxic form of Mercury.

Most of the byproduct is dispersed so broadly it is not harmful to life, but scientists have discovered that as it becomes frozen in the Arctic, it becomes concentrated.

But thanks to a warming globe, the Arctic is melting and releasing the Methylmercury into the surrounding areas, according to research from the University of New Hampshire.

The toxic element then seeps into the soil and is consumed by animals which ultimately has a knock-on effect up the food chain to the point where humans are impacted.

A statement from the team said: “It’s only when it reaches the watery fens that the lack of oxygen in the sediments provides the perfect environment for it to convert to Methylmercury.”

Florencia Fahnestock, a doctoral candidate in Earth sciences and the lead author of the study, said: “Our research suggests that Arctic wildlife, such as birds and fish, may be at increased risk of exposure to higher levels of Methylmercury that could ultimately impact their reproduction and populations.

“It also has the potential to impact indigenous people if they are eating methylmercury-contaminated wildlife, and possibly the fishing industry, if the Mercury is flushed out of the watershed into the ocean.”

The team analysed the soils north of the Arctic Circle in Abisko, Sweden, to find that the landscape was changing thanks to the introduction of the Methylmercury.

According to the research published in Geochemical Perspectives Letters, Mercury became Methylmercury only after it reached the microbes.

Every year, the Arctic sea ice expands in the winter and then shrinks in the summer.

However, this year it shrank more than usual during the summer months, and NASA has said it is the joint second lowest since records began in 1978.