Argentina ready to ramp up claim to Falkland Islands ‘Fight... 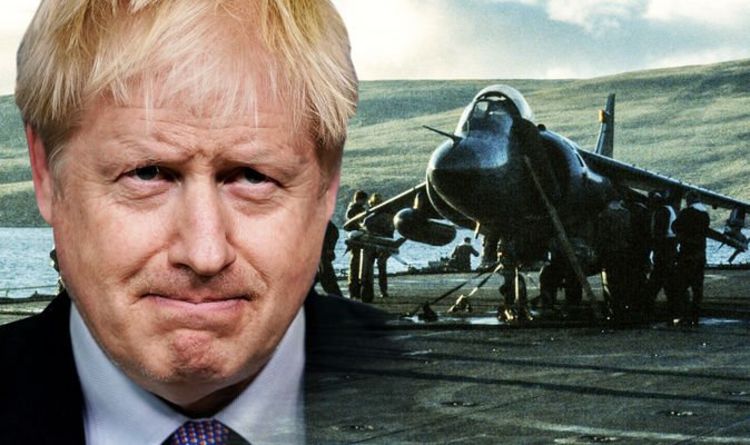 Malvinas, Antarctica and South Atlantic secretary Daniel Filmus expressed his anger that Argentina’s quest for the Falklands diminished before adding more aggression was needed from Argentina to win the land from the UK. He told a conference given at the headquarters of the Federation of University Teachers (FADUN) that “the intensity of the claim for sovereignty decreased greatly”. He then said Argentina “needs a very active presence to claim the start of negotiations” with the UK over the sovereignty of the archipelago.

He added: “We believe that the Malvinas issue should be a mandatory issue in all disciplines.

“It is linked to foreign policy, but also to legal issues, fishing, energy, and a whole set of aspects that our universities must consider.”

He said that “the fight to defend natural resources such as hydrocarbons, fisheries, biodiversity and mining was put aside”.

He added: “A good part of our university graduates must leave not only with knowledge of the Antarctic and the Argentine sovereignty over the Falklands, but we must also generate new knowledge on all these issues.”

The war over the Falkland Islands took place in 1982.

Up to 255 British servicemen were killed and 650 Argentine soldiers.

Britain won, but tensions have remained over the Islands’s sovereignty ever since.

Commentators fear the newly elected President, Alberto Fernandez, and his Vice-President, Cristina Fernandez de Kirchner (a former President herself), will act on their electoral promise to renew claims over the islands.

However, a deal was once almost struck between the UK and Argentina to share the archipelago according to an unearthed article.

Writing in The Telegraph in March 2012, Barney Henderson revealed: “The deal was accepted in 1974 by President Juan Domingo Peron with ‘euphoria’ but was never conclude because he died three weeks after the offer was made.”

Mr Peron was the founder of the Peronism movement, which both Mr Fernandez and Ms Fernandez de Kirchner are keen followers of.

DON’T MISS:
John Curtice reveals why the Tories stormed to victory [ANALYSIS]
Andrew Neil reveals why a Johnson majority is not a return to Thatcher [INSIGHT]
Falklands snub: How France helped Argentina during war with UK [NEWS]